When a thin-bodied, baby-faced, 18-year-old Alan Browne arrived in Lancashire back in 2014, not many could have imagined he would go on to become club captain and make 300 appearances for the club.

Well the Irishman claimed the armband a few years back and he’s since written himself into the history books of Preston North End, becoming the 27th man to play 300 competitive games for the club back in October.

He’s in some truly esteemed company on that list, joining the likes of Sir Tom Finney and Alan Kelly Snr, but that milestone felt quite a way off when he first stepped foot on Deepdale almost eight years ago.

The then teenager joined the Lilywhites from Irish side Cork City, with Mr Trevor Hemmings having a lot to do with the workings of that move, and Browney has always been extremely thankful for everything Mr Hemmings did for his career, and life as a whole.

Looking back at that period of time now, the midfielder reflected on what, of course, turned out to be a life-changing decision, and one he would certainly not go on to regret.

“It was amazing and something I could have only dreamed of,” he said of the move to North End. “When I came over, I loved everything about the club: the people, the place, and when I first saw the stadium I was just in awe of it.

“I didn’t expect a League One team at that time to have a stadium like Deepdale. Even in the Championship now I would say it’s one of the best stadiums. Everything kind of fell into place for me after that and I went for it and never went back.

“It was kind of like I packed my bags and was forced to grow up. I was living at home at the time with my mum and didn’t really know what to do to be honest.

“I moved over into a hotel at first which was alright in terms of getting my washing done and food cooked for me because I’d never had to do any of that before. Everything was kind of handed on a plate to me and I had to learn as I went, get used to life on my own and grow up as such.”

The environment around him, that being the playing squad, the staff and the facilities, all helped the teenager at the time settle in, and that’s something he admits he will never forget.

On the football side of things, Browney had gone from being “one of if not the best player in the teams” he played for during his time in Ireland to a competitive PNE side looking for promotion out of League One.

That unsurprisingly meant he would have to bide his time for a chance, a chance that came on 25th March 2015, when PNE welcomed Peterborough United to Deepdale. 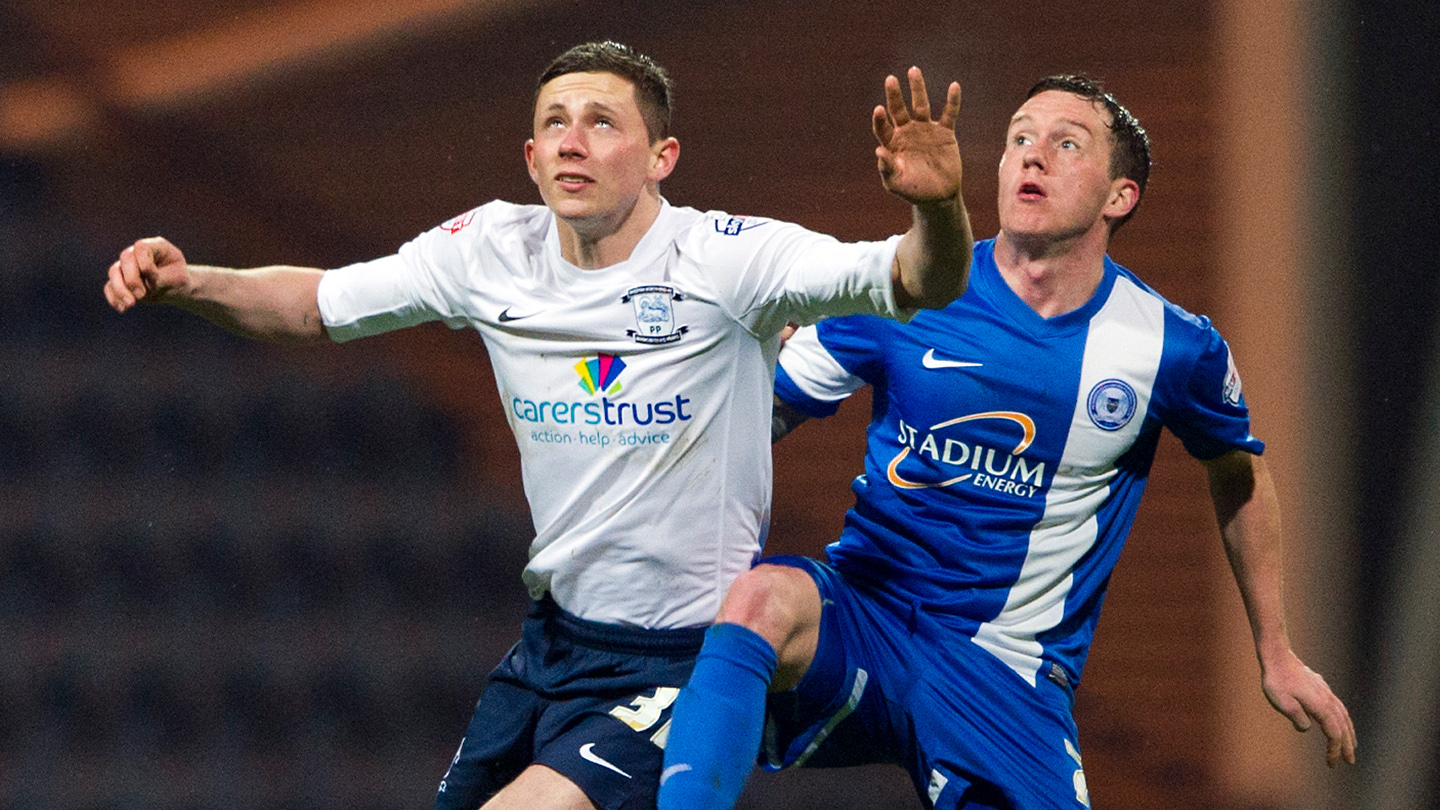 Browne came on as a 78th-minute substitute, looking very different, albeit at the same time familiar, to the man we know today – as you can see in the photo – and he even managed to get himself an assist on his debut, too.

“You can tell from that picture that I am literally just a kid in no man’s land,” he laughed.

“It’s a great reminder of where I’ve come from and how well I’ve done. I don’t actually remember too much about that game in terms of leading up to it because I didn’t expect to get into the team.

“Even when I was on the bench I didn’t expect to come on because there was a lot of quality in the team who I thought would probably come on ahead of me, but looking back it was probably just a case of giving me my chance and seeing how I did.

“I remember warming up as you do, not to come on but just to literally warm up. I remember getting back to my seat and Kevin Davies said ‘get ready you’re coming on’, and I just thought he was having me on, and then five minutes later Simon [Grayson] turned around and said ‘you’re coming on'.”

That would prove to be the beginning of a successful period as, after missing out on promotion that season, North End clinched their place back in the Championship the following year thanks to a fantastic 4-0 victory at Wembley in the Play-Off final.

That season was a strange one for Browne himself, though, as he didn’t feature at all in League One onwards from February, until being suddenly recalled once the Play-Offs came around.

On the promotion, Alan said: “The occasion of Wembley was second to none, especially after what happened with us at Colchester, having to bounce back in the Play-Offs.

“I didn’t actually play much in the second half of the season. I only got back in for the semis and the final so I kind of came from nowhere, I don’t actually know where I came from.

“I was obviously continuing to work hard because I knew I needed to do that to get anywhere near the level of what the boys were at, so I just kept myself in good shape and showed I’d be ready if my chance did come.

“I think Neil Kilkenny got injured in the semis and I came on, and then the same in the final with Gally who got injured after about half an hour and setting up two already.

“That made things a lot easier for me, but that was probably the one game that I’ve been nervous for coming on. I just remember looking around and getting butterflies, that’s the one in my whole career that really got me. 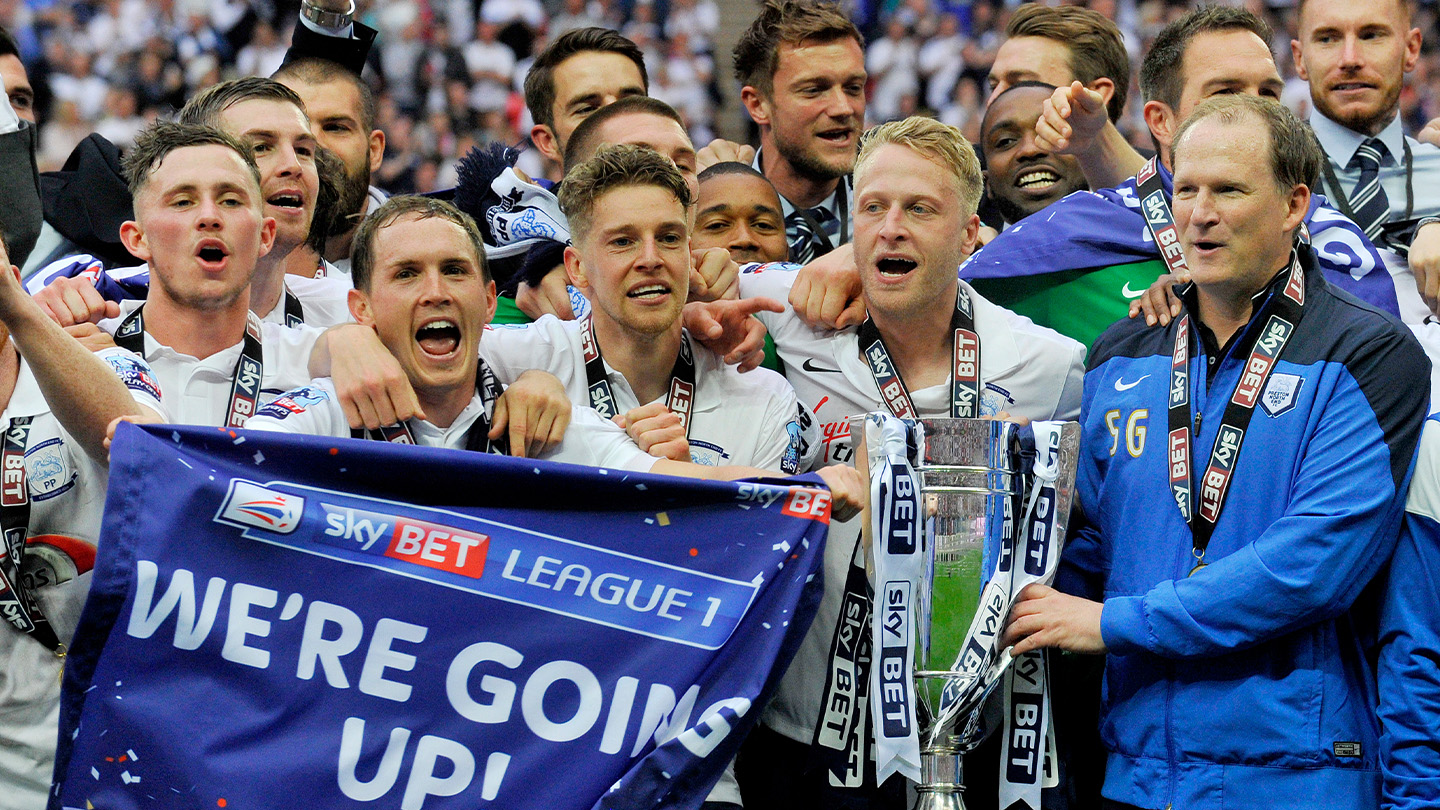 “It was just an unbelievable day, the crowd were crazy, the experience. At the time I probably didn’t really appreciate how good of a moment it was but when you take the time to look at it, it really was something special.”

Browney is not happy for that to be the end of his success with North End, though, and hopes to add another accolade to his CV.

He said: “I think when you look back at your career, you look at the success you’ve had and to be honest I would have liked to have been a lot more successful than I have been and the team have been, because to look back when I finish I don’t want just one promotion.

“I’d definitely take two if one of them was to the Premier League with PNE, I think I could die a happy man if that happened.”