After a positive year at Preston North End, Emil Riis is ready to set himself some new goals to achieve in 2022.

After a positive year at Preston North End, Emil Riis is ready to set himself some new goals to achieve in 2022.

The Danish forward has scored 13 goals this calendar year, all of which have come since the beginning of the current campaign.

Now at the end of the year, though, Emil is looking to lay down some new ambitions going into the new year.

Asked if he feels he’s had a positive year, the striker told iFollow PNE: “Since the summer break, definitely. I’m not going to talk too much about last season, but this season has definitely been brilliant and hopefully that can continue in 2022.

“I’ve been really close [to the goals I set]. I’m kind of gutted that we missed the last couple of games, I couldn’t get to the goal.

“With the games we missed I think I would have reached it, but it’s now time to set some new goals and be ready for the new year.”

2022 will begin with Monday’s trip to the bet365 Stadium to face Stoke City, the first game for the Lilywhites since the home victory over Barnsley on 11th December. 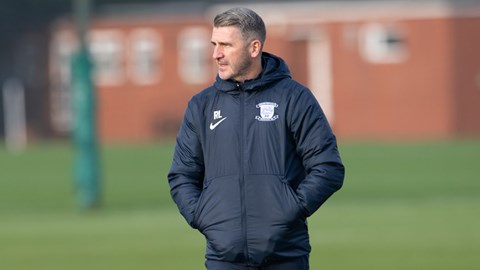 The last two matches have been postponed due to Covid-19 cases within the PNE camp which led to the training ground being closed for a week, before most of the players made their return on Thursday.

Emil said: “You want to play games. Obviously it’s been annoying with Covid and everything going on, but that’s how it is sometimes in football, and especially in these times, so we're just looking forward to the next game.

“It’s been a week that the training ground has been shut down so it was nice to touch a football again.

“When you’re away from the training ground it’s more about keeping yourself fit, you don’t really touch a football so it was nice to do that again.”

With Ryan Lowe now manager of the club, Emil is working under a former forward who scored plenty of goals in his playing career, and he’s hoping he can learn lots from his new boss.

“He said to me on the first day he wants me to score a lot of goals so that’s definitely what you want to hear as a striker,” added Emil.

“It’s definitely nice to have a manager that comes in and wants to play offensive football and I suppose for the fans as well that’s something they want to see.

“He’s been in the game for a lot of years so he’s been talking to me off the pitch as well to help me get into certain positions and help me to do different types of stuff. It’s definitely nice to talk to him and he can help me, definitely.”

The Dane will be hoping to be involved in Monday’s game against Stoke, who came to Deepdale for the reverse fixture in September, with that encounter ending in a 1-1 draw.

Emil remembered: “They were really good on the ball, really good at passing it around so it’s definitely something we need to look at because we know that’s going to happen.

“Hopefully we can get a result again and I just look forward to the game.”

You can watch Emil's full interview now on iFollow PNE.