Preston North End have launched a 'Golden Ticket' campaign across Preston this week ahead of Christmas to give as many young children in the city the chance to come and support the team at Deepdale.

The club, in partnership with Preston North End Community And Education Trust (PNECET), will be giving out over 15,000 golden tickets across every primary school in Preston to give them the chance to attend our two home games in January for free.

Each child will get a free voucher for the games which can be redeemed alongside a reduced-price ticket for up to two accompanying adults, on a first come, first served basis, to encourage as many families as possible to attend Deepdale in the New Year!

The campaign was launched on Monday when club captain Alan Browne and Sean Maguire visited Sherwood Primary School in Fulwood to distribute the first batch of golden tickets to the pupils. 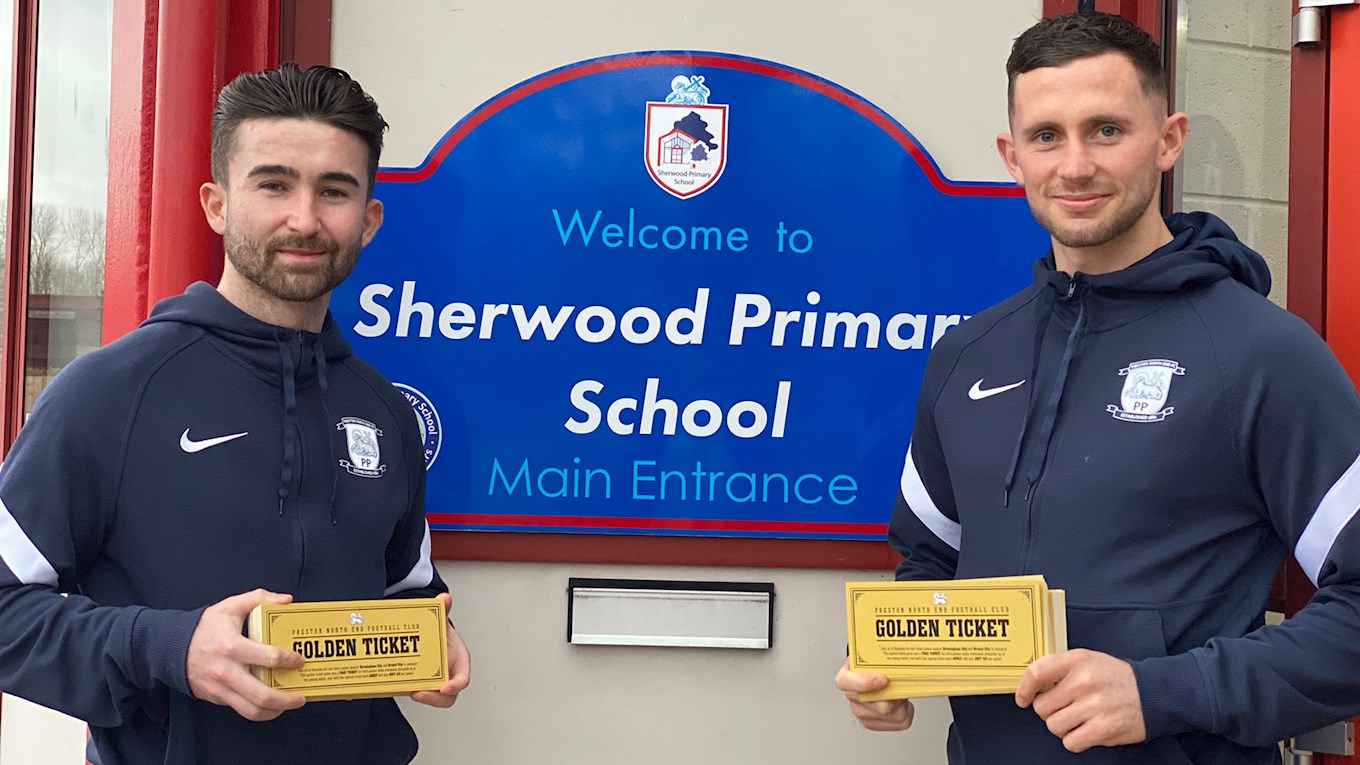 Speaking of the launch, the skipper said: “It was brilliant to come here to see some of the kids smiling and getting some feedback from them about the weekend and they were showing an interest in the club as a whole. It was great to hear from them and tell them a little bit more about us as players and as a club, and hopefully we will see them in the future.

“It’s a great initiative from the club to get more people on, kids as well as adults, and the golden tickets that we’ve handed out do just that. It’s a free ticket for a kid and a discount for an accompanying parent. It’s great for the club to give back and hopefully we will see some new faces soon.”

On the campaign, PNECET Chief Executive Tom Drake added: “We’re pleased to be working with the club to launch this exciting initiative, under which we are distributing 15,000 Golden Tickets for the use of children in every primary school in Preston.

“By offering children the chance to attend our two home games in January at Deepdale for free, alongside reduced-price tickets for their accompanying adults, we hope we can inspire the next generation to show their support for Preston North End.

“Both for the club and for PNECET, it is important that we continue to offer new initiatives to engage our local fanbase and ensure that the next generations of children come to support their local team in Preston North End. We want Deepdale to be as full as possible to build a positive atmosphere among our fanbase, with both our new and long-standing fans.

“As the club’s official charity, we’re delighted to represent the club in our partner primary schools across Preston every single day while inspiring the children we reach through the power and appeal of PNE.

“We hope we can now see many more of those faces we see day in, day out on our schools delivery beginning to join us at Deepdale not only for the Birmingham City and Bristol City fixtures in January, but for the rest of the season and beyond.”