Joe Rodwell-Grant put the youth side's away defeat at Fleetwood Town down to a poor response to losing their lead. 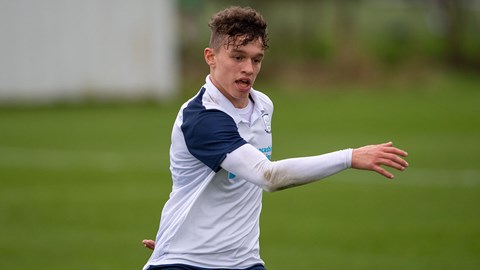 The young Lilywhites made a promising start to Saturday’s match at Poolfoot Farm and went ahead through Jacob Holland-Wilkinson.

They surrendered that advantage before half-time though and ultimately lost 5-1 in the North West Youth Alliance league.

“After they scored, we got our heads down and we didn’t really get back going,” the 18-year-old said.

“We tend to get our heads down after a goal has gone in and tend to lack a quick reaction that we need, and we’ve been working on that.

“For the first 20 minutes, we were on top and we always do start games really quick and we do really well, but it’s just keeping that going for longer periods of the game, which we didn’t manage to do today.”

North End had a number of chances to double their tally in the first half, including a one-v-one and a shot cleared off the line.

Rodwell-Grant admitted he and his team-mates were made to pay for not making the most of their opportunities.

He said: “That’s why we’ve lost the game. If you don’t take your chances you either lose or don’t end up scoring.

“As a second year I’d like to think the forward lads are clinical but today we weren’t, so Monday when we get back training, we’ll work on it and go again all week.”

With Fleetwood coming off the back of a 7-0 win that put them at the top of the league table, the striker insisted that North End's youngsters only viewed the challenge in a positive light going into the contest.

“It was more of an incentive to go out and win instead of thinking about where they are in the league.

“We work really hard, but I think sometimes, especially for the younger lads, it’s a bit draining when we make mistakes, but we’ve been working on it in training and we’ll carry on until we get it right.”