Preston North End’s deadline-beating loan signing Anthony Gordon is setting his sites on a push for the top six.

The new Lilywhites No.42 saw his deal submitted just before the window closed at 11pm on Monday night and he was already looking forward to getting going when he sat down with iFollow PNE shortly after.

“I’m so excited,” he said. “Preston is a massive club, I’m delighted to be here. I know it was last minute, but I can’t wait to get going.

“I’ve heard a lot about the club, I’ve got a mutual friends and stuff like that. I’ve been told all about the family feel of this club and that was a massive part of why I chose to come here.

“I think the main reason for being here is that I really want to start games and be involved in men’s football consistently.

“I think this is the perfect place for me at this moment with this manager, this team, and hopefully we can get to the Play-Offs.”

He also explained that the manager had been a big part of his decision to choose North End over a large number of suitors in the Championship and beyond.

“I had a conversation with [Alex Neil] and it was a really good conversation. He was really honest with me; he told me what he thought of me as a player and I really enjoyed it.

“I think the team is really solid and hopefully I can be that bit of creative spark that can push us to the next level. 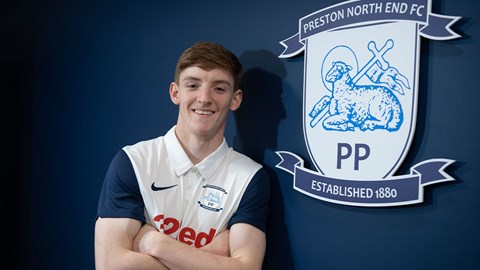 “That’s what I pride myself on, that’s what I love to be relied on for, and I think if I can do that, we can really push on.”

Since he knew there was an interest from Deepdale, he has been keeping close tabs on what is going on and he believes the team have what it takes to push in the right direction and he is now excited to get started.

“I’ve looked for the past couple of weeks when I knew there was interest; I’ve been keeping tabs on the league table and it is so tight, so we can definitely move up quickly.

“I’ve got a long week now where I can settle in and meet the lads, meet the manager and hopefully get involved in the game at the weekend.

“Obviously, football with no fans is nothing, but I actually haven’t played football in front of fans many times. I’d love nothing more than to be playing in front of them this weekend, but unfortunately, for now, it can’t happen.

“I’ve seen the fixtures that are coming and they are exciting. I know all about derbies, being from Merseyside and, obviously, Liverpool-Everton is a massive derby, so I can’t wait for next week. But every Championship game is as important as the other one, so I will focus on the first one,” he added.