Preston North End’s on loan Everton attacker Anthony Gordon turns 20 on Wednesday and he is looking to celebrate his birthday with a big performance and result against Queens Park Rangers.

Preston North End’s on loan Everton attacker Anthony Gordon turns 20 on Wednesday and he is looking to celebrate his birthday with a big performance and result against Queens Park Rangers.

The winger was one of the bright sparks in Saturday’s trip to Cardiff, coming off the bench, looking lively and being brought down by Liverpool loanee Harry Wilson for the first of the two penalty incidents.

And speaking to iFollow PNE he is looking to build on that after a little niggle made his first couple of weeks to life at Deepdale stop start, he said: “I just need a bit of consistency now and once I get that, I am confident that I can do my business on the pitch.

“I thought I did quite well when I came on against Cardiff and so that is a good base for me to build on.

“I hope it’s a good birthday. I am 20 now, so I am quite old! I have no excuses now; 20 nowadays is not classed as young anymore in football, because people are peaking at a younger age, so it is time for me to put my foot on the gas.”

Reflecting on the weekend as a whole, the England youth international felt the scoreline was not a true image of the performance, but admitted the team have to be ruthless in front of goal.

“I actually thought the weekend looked worse than what it was with the scoreline,” continued the No.42. “At 2-0 down we had the penalty and if we had scored that we would have been right back in the game.

“We created a few chances after that as well, so there are some positives to take from the weekend, it is not all bad, but we want to get back to winning ways, especially at home.

“I tried to come on and make an impact right away. Be direct, try and change the game and I thought we created some chances, so I did that quite well. 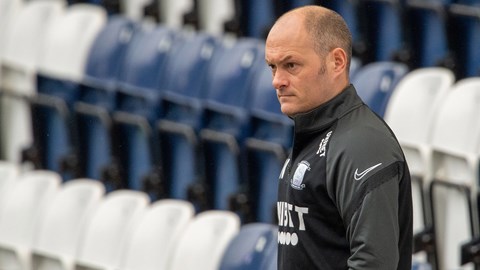 Alex Neil: “We Are More Than Capable”

“The Championship is a good level; you can’t chances. I thought we were quite wasteful, but it was just one of those games where you can’t watch a video back and say ‘we did this wrong and this wrong’, it was a bit of a mad coincidence that we were wasteful and handed them the game.”

Wednesday night’s visitors have been in good form, but Anthony says that a win could give the Lilywhites the boost they need, even in the echoey Deepdale, with no artificial supporter noise used, due to the Sky Sports cameras being in PR1.

“They are a good team. They have been playing really well, getting good results, so it is a good chance for us to test ourselves.

“If we can get a good result against them, it will stand us in good stead to kick-on.

“Before I came here I had only played with the echo, so it won’t be much change to me. I did enjoy the fake fan noise, it seemed real, but QPR are a good team and hopefully if we can beat them, we can go on a bit of a run,” he added.

The game is live on Sky Sports on Wednesday night, but is still available on iFollow via an audio match pass and in certain overseas territories as a live video pass, with Jonathan Breeze joined by former PNE winger Ross Wallace for full match coverage from just after 7.15pm. Click here to check what is available in your area.