Ched Evans was pleased with the clinical nature of PNE’s performance in the 3-0 victory at home to Huddersfield Town. 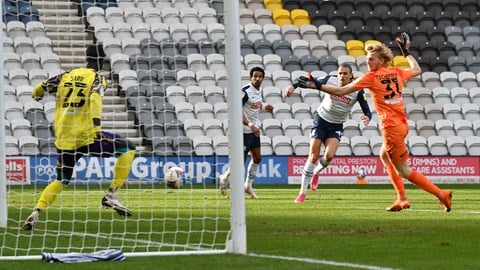 Evans was involved in all of the goals, scoring the second himself while playing a part in the build-up for the other two, and he was just happy to see the ball hit the back of the net after North End had gone three games without a goal, including Wednesday night’s 0-0 draw against QPR.

He told iFollow PNE: “I thought Wednesday night we created a lot of chances and we weren’t as clinical as we were today. When we get that first goal, we look threatening, on the counter attack especially, and I think that’s what we were lacking on Wednesday.

“Today was a good performance by the team; a clean sheet, three goals, and really, really pleased with the win.

“When we create chances and are not scoring, the other team are always in with a chance. As you see today, they caused threats.

“Dan [Iversen[ pulled some great saves off again, which he seems to be doing on a weekly basis now. It’s taking those opportunities early on in the game for us. I'm really pleased for Brad that he’s got his goal and Scott as well. An all-round good performance.”

Ched only arrived at the club in January on loan from Fleetwood Town, a deal which has since been made permanent, but he has made quite the impact for Alex Neil’s side, starting the last six games up top.

He was pleased with his own performance on Saturday afternoon and hopes to continue contributing to the team. 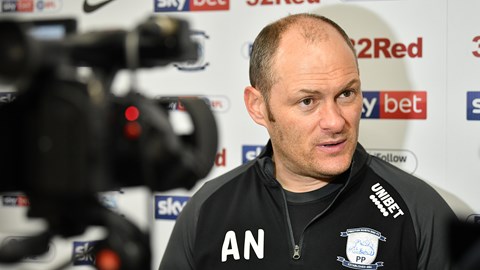 He said: “I’m really pleased. I said from the start, I play with my heart on my sleeve, games like today you can see that. I try my best every game and it’s always nice to score goals, but I feel like my all-round performance for the team is getting better and better. For me it is just being consistent and getting those wins under the belt.

“I feel fine. It’s obviously a nice feeling not to come off feeling knackered, but Saturday-Tuesday, Saturday-Wednesday, is tough on the body, for everybody in the league really. It’s just about recovering, eating right, sleeping well and going again on Saturday.

“You’ve got to look after yourself and to keep performing at this level you’ve got to do everything you possibly can.

“We’ve built on the game Wednesday today and we just need to keep moving forward – clean sheets, being solid at the back, and taking our chances when we get them. I think we’ll be fine.”

The counter attack for the third goal was started by the forward who sent Tom Barkhuizen through on the left hand side, before PNE’s No.29 smartly found Scott Sinclair in the box to fire home.

Ched added: “If you look at the quality of the goal, any team in any league would be really happy with that. It just shows the pace we have on the counter and the ability we have in the team. If you look at the assist from Barky and the finish from Scott, it was all-round brilliant.”

Watch Ched’s full interview on iFollow PNE at the top of the page.