Assistant manager Frankie McAvoy was disappointed that Preston North End’s 1-0 defeat to Watford ultimately came as a result of a penalty kick in a tight game at Deepdale.

First team coach Frankie McAvoy was disappointed that Preston North End’s 1-0 defeat to Watford ultimately came as a result of a penalty kick in a tight game at Deepdale. 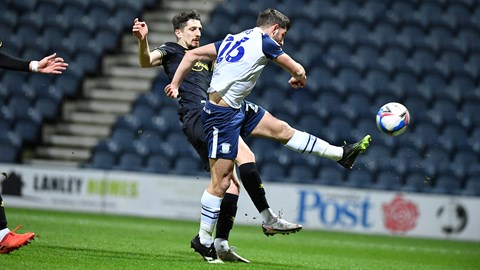 Joao Pedro converted from the spot early in the second half and despite chances for the home side, that proved enough to hand the Hornets the three points.

Speaking to iFollow PNE post-match, McAvoy was pleased with how the Lilywhites executed manager Alex Neil’s game plan and felt there was some misfortune on their part in the finer moments of the game.

“We’re just a bit disappointed we’ve lost it to a penalty kick – we’ve seen it back, so we’ve no complaints about that. But I think the manager has got everything bang on tonight apart from the fact we’ve ended up pointless.

“I thought the boys gave us everything and defended really well against a very good team that have come down from the Premier League. The finer moments, we were just a wee bit unfortunate. The penalty they get, they score it, and that’s how those things can be.”

Ched Evans made two great opportunities for himself in the first half, getting on the end of a fine Ben Whiteman ball over the defence, and then sidestepping a defender – narrowly missing the target on both occasions. 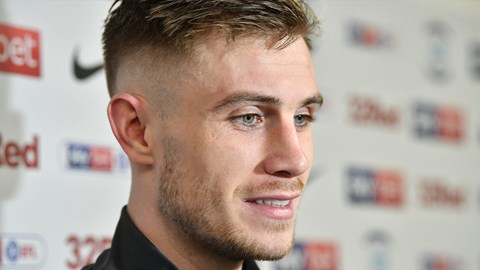 “He’s a bit unfortunate,” McAvoy continued. “It’s easy to sit here and say they should score, but once you’re put in that position, he does everything great – it’s a great diagonal run, timing of the run is fantastic, the weight of the pass and the flight from Ben Whiteman was excellent.

“Ched brings it down great and it’s just a wee bit more composure in front of goal just to lift it over the goalie, maybe not so high, then it could be a different story.

Despite the performance, Frankie took no solace from the Lilywhites’ spirited display and spoke of the players’ disappointment after the game.

“Sometimes you think, ‘We’ve done well,’ – but we’re absolutely gutted to be honest. The players are flat, they gave so much to it.

“To come away with nothing, we’re disappointed, but we’ve just got to look forward to Cardiff now on Saturday and hopefully we can get the same type of performance, the same enthusiasm, energy, commitment that the players gave tonight. On tonight’s showing, hopefully we will be okay on Saturday.

“Tactically, we did extremely well tonight, limited them to very, very few, and the penalty kick was their only shot on target.

“I think they had once just near the death from the corner kick where we’ve thrown people up the pitch to try to get the equaliser or at least get an opportunity to get the ball back up the other end and hopefully try to get something from it. We’re disappointed that we’ve not took anything from it.”