Preston North End and Queens Park Rangers couldn’t be separated as they played out a highly-entertaining goalless draw at Deepdale. 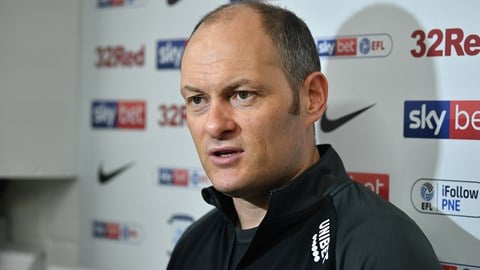 Both sides created plenty of chances in an open game, that was anything but as cagey as the final score suggested.

Manager Alex Neil had made four changes to his starting line-up from the one that began against Cardiff City, with Scott Sinclair, Greg Cunningham and Brad Potts returning to the side, and Sepp van den Berg was given his first start – on the right-side of a back four, allowing skipper Alan Browne to be released into the midfield.

The game itself was open from the off, Ched Evans – who was again an excellent focal point for the attack – fed down a right-hand channel by Sinclair, getting a little bit of space to drill a low shot just into the side-netting.

At the other end Daniel Iversen was called upon as well; Charlie Austin playing a clever ball in behind for Scottish international Lyndon Dykes, who looked suspiciously offside, but the flag stayed down and he fired right-footed across goal, only for the on loan Leicester City ’keeper to make a smart save with his right boot.

A free kick 30 yards out ten minutes in allowed Anthony Gordon the chance to test Semy Dieng with a clever free kick that almost caught the R’s stopper off guard – expecting a cross – but he got down low to his left to push the ball behind for one of corner.

The on loan Everton forward was a bright spark for the Lilywhites and he was found by a cultured ball from Ben Whiteman, allowing him to drive in from the left. Two chops sent defenders scrambling, allowing him to shoot on target, but like his opposite number, Dieng saved well with his legs and Potts was unable to find the target with a difficult follow up.

Van den Berg almost marked his first start for the club with the opener on 20 minutes. One of many first half free kicks for the host was swung out from the right by Gordon, flicked on by Andrew Hughes, playing at left centre back, and the Dutch defender headed goalwards at the back post, with Dieng pushing it over the bar.

Yet another corner caused all sorted of problems just after the mid-point in the half, as the ball bounced around like a pinball in the box, before falling to Potts 15 yards out. He drilled a vicious effort, but it flew just past the left-hand upright.

Two wonderful opportunities came in the last minute of the opening period. The first went from one wing to the other, as a great ball from Evans was played out to van den Berg, who ran on and put a superb deep ball to the back post, which was met by Gordon; he got a powerful header on it, but it was just over the right-hand corner of post and bar from 20 yards.

Then moments last, more good play from Gordon down the left, as he dropped a shoulder past his full back, before finding Potts, who laid the ball off, in a centre forward style, for Evans, but he sliced his strike just wide of the post.

The visitors came out with more intent in the first 15 minutes of the second half and their first corner of the game from the right found Charlie Austin in space at the back post, but the experienced front man was unable to find the target.

But it was PNE again who started to create more of the opportunities. On the hour mark, Browne sent Cunningham away down the left and he looked up and pulled his cross back for Sinclair to meet with a first time shot, but his poweful whipped effort was just over Dieng’s cross bar.

A huge shout for a penalty was turned down on 65 minutes when Yoann Barbet flew through Alan Browne in the box. Replays on the Sky Sports cameras showed that the former Brentford man had initially got the ball, but his follow through was loose and dangerously high and there was no doubt that anywhere else on the pitch referee Darren England was blowing for a foul, however, that was not the case in the penalty area.

Austin again showed why he has been in good form of late with a quarter hour left, with a snap shot from 18 yards, but Iversen was equal to it and Jordan Storey, starting his fourth game in a row, mopped up any danger from the rebound.

The last really good opportunity was another Gordon-influenced one, with a corner he won himself, cleverly spotting the run to the front post by Evans, who got across his defender, but his glancing header was narrowly wide and both sides had to be content with a point and a clean sheet.