In the latest issue of The One And Only Paul Huntington reflects on becoming the 26th member of the club’s ‘300 Club’, having recent made the big number of appearances in the win at Birmingham City.

Hunts is a big part of PNE’s recent history, but admits sometimes it’s the simple pleasures which keep him happy!

“At our new training ground, we have underfloor heating!” he enthused. “At the old training ground, especially in the current temperatures of minus 2, it was freezing but it’s lovely in the new changing rooms at Euxton.

“It’s also only five minutes from my home at Buckshaw Village so it’s easy for me, the drive to Springfields could be a nightmare! It’s a good place to be.”

You can sense the enthusiasm from the 33-year-old who, after eight-and-a-half years at the club, openly admits ‘I love it here.’

Defender Paul really is part of the furniture, the last of Graham Westley’s signings still at Deepdale and having recently joined the exclusive club of now 26 players who have reached 300 games for PNE.

“I was a free so I wasn’t really a gamble for Graham Westley! I am the only one left now but I always knew if I signed, if another manager did come in, it would be a clean slate to prove yourself and I always backed myself.

“I was only saying recently, I haven’t done too badly to be at a club so long and only have three managers. 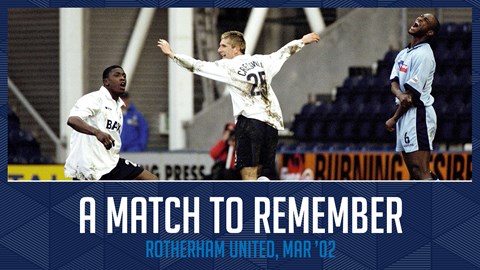 “Obviously I have seen a lot of players come and go but that’s football. It is weird as you work closely with someone for years and then, at the drop of a hat, they can go but you do get used to it. It is just the way football works.”

Paul says ever since he came to North End, the club has been moving forwards and that’s what keeps the buzz and excitement for him.

He travelled around in his early years. The Carlisle-born player originally came through Newcastle’s Academy, making 11 appearances for the first team.

He moved to Leeds United in 2007 to 20 10 but injury hampered his penultimate season there and his final campaign in 2009/10 involved a loan period at then League One Stockport County before a permanent switch to the Hatters on a short-term deal to finish that campaign.

However, he said that it was his two years at fellow League One side Yeovil, from 2010 to 2012, where he really began to believe in himself as a footballer.

“For the first time I was miles away from home as Yeovil is pretty far! There wasn’t a lot to do so I just concentrated on my football. I played a lot in my two years there, was given the captain’s armband at a young age of 23 or 24 and that was a good responsibility. It helped me along the way in terms of on the pitch and life experience.”

There’s loads more from the No.23 in Saturday’s latest 84-page edition of the matchday programme, plus interviews with the likes of Ben Whiteman and former Millers Claude Davis and Daniel Iversen.

You can order your copy now by clicking here, as well as ordering copies from previous games you may have missed.