The No.21 Molumby has achieved a series of milestones recently and he hopes his family and friends are there to mark his next one, hopefully in a PNE shirt.

The 21-year-old made his senior debut for the Republic of Ireland last September against Finland and, in November, came off the bench for his club Brighton for his first Premier League outing.

Now the loan midfielder hopes he can tick off another highlight by helping to take PNE into the top flight, with hopefully the fans back at Deepdale by then.

“Making both debuts was something I was delighted with, but it does take the shine off it a bit with no fans.

“You don’t picture making your Premier League debut or your debut for your country without your family and friends sat in the stands sharing it with you.

“You want them to enjoy the experience with you and so to do it without them is hard. You have to hope there are plenty more good times to come which they can watch!”

Jayson grew up in Ireland and had to make a decision between football and hurling early on.

“It was always football to be fair, it’s all I have ever wanted to do since I was young. I did play hurling for my local team, which was a decent level, but there was always the fear of getting an injury.

“When I was about 11 or 12 the two clashed, so it was football all the way after that.”
The midfielder was impressing and came to England aged 15, having trials with West Brom, Birmingham, Aston Villa, Brighton, Blackburn Rovers and Celtic.

“All I wanted to do was play football, I didn’t finish school which was perhaps lucky! I came over for trials and I think it was down to three – West Brom, Celtic and Brighton – and at that time there were quite a few Irish lads coming over to Brighton and so I felt a connection with the place. 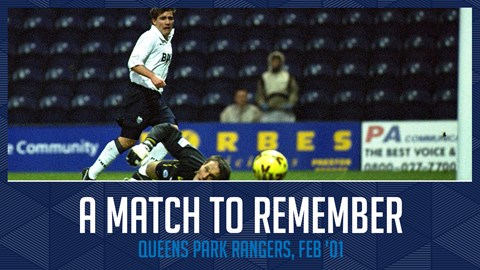 “I was 15 and it was hard as I had to leave my family and friends and be away from where I had grown up, but Brighton were great, they really do care for their young lads and it helped.

“You do have to cut out things that other lads your age are doing like going out partying and drinking as football becomes such a big chunk of your life, but it’s the sacrifices most are prepared to make and I was no different.”

However, an injury at the age of 18 on the training ground almost stopped his career before it had started.

“I dislocated my knee. It was a bad one as I was out for 18 months and it was a tough time for me. Luckily, I had plenty of friends to help me through it but it was difficult.

“At the time, I didn’t realise how serious it was.

“The physio at Brighton couldn’t get the swelling out of me knee and she only admitted to me once I had recovered that she was extremely worried it would end my career. She never let on at the time, as I was a young lad, and it was a lot to take in, but thankfully I came through it.”

There’s loads more from the man on loan from the Seagulls in the 16th edition of The One And Only this season, plus interviews and features with Daniel Johnson, Andrew Hughes, Liam Lindsay, Anthony Gordon and Ched Evans.

You can get yours now by clicking here, where you can have it delivered to you door, and you can also pick up copies of any editions you have missed so far this season.

The game is live on Sky Sports on Wednesday night, but is still available on iFollow via an audio match pass and in certain overseas territories as a live video pass, with Jonathan Breeze joined by former PEN winger for full match coverage from just after 7.15pm. Click here to check what is available in your area.