The January transfer window was certainly a busy one for Preston North End, with eight new faces at Deepdale and eight outgoings, as well as two key players signing new deals with the club, with Alan Browne and Daniel Johnson committing their futures to the club. 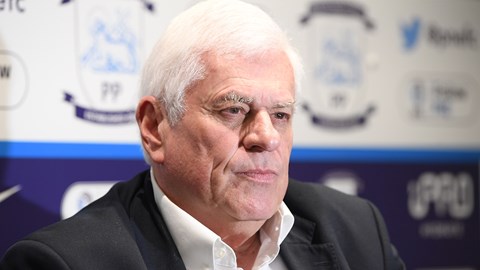 Midfielder Jayson Molumby became North End’s first signing of the January window on 5th January, joining on loan for the remainder of the season from Brighton & Hove Albion. The 21-year-old Republic of Ireland international came through the Seagull’s Academy and made 40 appearances for Millwall last season while out on loan. North End beat off several clubs to his signature, and he’s has had a positive start to life at Deepdale, making four starts for North End and impressing in his short time at the club so far.

Striker Ched Evans was the second addition to the squad last month, signing on loan from Fleetwood Town. The Welsh international striker, who has 13 caps for his country, came through the ranks at Manchester City, before a successful spell with Sheffield United. In two spells with Fleetwood Town, the 32-year-old scored 37 goals in less than 100 games before joining North End on loan. So far Ched has made two appearances for the Lilywhites, coming off the bench against Bristol City and Reading.

PNE acted quickly to bring in goalkeeper Daniel Iversen after Declan Rudd picked up an injury in training. Iversen was the third signing of the window and joined the club on loan from Leicester City for the remainder of the 2020/21 season. The 23-year-old had spent the first half of the season on loan in the Belgian top flight with OH Leuven but returned to the Foxes before heading for Deepdale. Daniel has started every league game since joining PNE, keeping two clean sheets in his first three appearances.

Signed for a significant fee, Ben Whiteman joined the club on a permanent deal from Doncaster Rovers on 14th January. The highly-rated Whiteman signed a three-and-a-half year deal with the club and has started every game since his arrival at Deepdale. The 24-year-old has already shown what he is capable of in the first few weeks of his time at Deepdale and has quickly become popular with the North End faithful.

Left back Greg Cunningham made his return to the club as the fifth signing of the window, joining on loan from Cardiff City for the rest of the season. Greg was a fans’ favourite during his first spell with the club, making over 100 appearances for the Lilywhites between 2015 and his move to Cardiff in 2018. The 30-year-old made his second debut for North End as a second half substitute against Sheffield Wednesday at the end of January.

Centre back Liam Lindsay was the first of three deadline day signings for North End, joining on loan from Championship rivals Stoke City. Liam came through the ranks at Partick Thistle before a successful spell at Barnsley, helping them gain promotion to the Championship in 2019. The 25-year-old then joined Stoke in June 2019 and has made 23 appearances for the Potters.

Dutch defender Sepp van den Berg joined on loan from Liverpool for the remainder of the campaign on deadline day. The 20-year-old started his career in his homeland with PEC Zwolle, he made 23 appearances after coming through the ranks, making his debut in 2018. Sepp was signed by the current champions of England in the summer of 2019, and has made four senior appearances for the Reds in domestic cup competitions in the last two seasons.

North End beat the deadline with the signing of Anthony Gordon completed late on deadline day, with the highly sought-after attacker joining on loan from Everton. The 19-year-old joined the Toffees as a youngster and progressed through their ranks before making his professional debut 12 months ago against West Ham United. Anthony has made ten appearances for Everton this season, but North End beat a host of clubs to his signature to complete a busy transfer window, with Gordon the eight signing of the month. 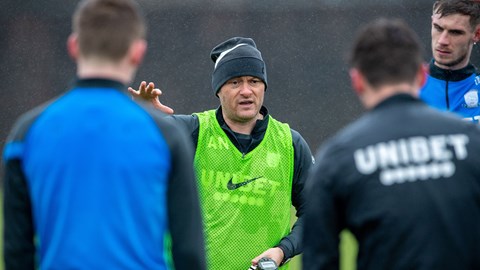 Ethan Walker returned to Carlisle United on loan for the remainder of the season after enjoying a spell with the Cumbrians earlier in the season before suffering a shoulder injury. Walker made five appearances for Carlisle before picking up the injury, and he returned to North End for his rehabilitation. After making a full recovery, Walker was back in training with the first team before heading out to gain vital experience of senior football.

Josh Harrop joined Ipswich Town on loan for the rest of the campaign, after making eight appearances for North End in the first half of the season. Harrop will be hoping to play more regular football and help the Portman Road in their push for promotion from League One.

Striker Jayden Stockley joined Charlton Athletic’s promotion push, signing on loan for the remainder of the 2020/21 campaign. The 27-year-old had featured 19 times for North End in the first half of the season, scoring once, before making the move to The Valley. Jayden made his debut off the bench for the Addicks in their 2-2 draw with Swindon Town, and has made two starts since then, scoring his first goal in the 3-1 defeat to Portsmouth at the weekend.

Midfielder Ben Pearson joined AFC Bournemouth on a permanent transfer for an undisclosed fee on 29th January. Pearson was out of contract at PNE in the summer and had indicated to the club that he wanted a new challenge elsewhere. Ben made 165 appearances for the club since his arrival at Deepdale in January 2016, with nine of those coming in the first half of the 2020/21 season before his departure.

Right back Darnell Fisher signed for Middlesbrough on a permanent transfer for an undisclosed fee after three and a half years at Preston North End. Darnell made over 100 appearances in all compeitions for the Lilywhites, and the 26-year-old featured 16 times for North End in the first half of the season before his move to the Riverside.

Defender Josh Earl joined Burton Albion on loan for the remainder of the 2020/21 season to gain further experience of first team football. Earl had played seven times for North End in the first five months of the season and after loan spells at Bolton Wanderers and Ipswich Town last season, this is a further opportunity to get valuable game time.

Deadline day saw an incredible move for PNE Academy graduate Ben Davies who signed a long term deal with Premier League champions Liverpool. Ben completed a medical and the paperwork at Anfield on deadline day, ending his 15 years at Deepdale. Davies joined the club’s Academy at the age of ten and came through the ranks to go on and make 144 appearances for Preston North End.

The final outgoing of the January transfer window saw David Nugent join League Two side Tranmere Rovers on loan until the end of the current campaign. The striker returned to Deepdale in the summer of 2019, making 25 appearances since then, before making the switch to Prenton Park in January. Nuge will add to the fire power in Keith Hill’s side as they look to push for a promotion spot.