Strike-duo Neil Mellor and Jon Parkin fired Preston North End to victory over Sheffield Wednesday in our latest look back to clashes against our upcoming opponents.

It was October 2009, as the Lilywhites won this midweek clash and closed in on the top two in the Championship.

Wednesday had enjoyed much the better of the opening period and were unfortunate not to earn at least a point from an entertaining clash.

Mellor put North End ahead against the run of play in the 20th minute. The former Liverpool man met Eddie Nolan's cross with a left-footed strike which deflected off Darren Purse before nestling in the bottom-right corner.

Wednesday responded well and were incredibly unlucky not to level in the 29th minute as Jermaine Johnson struck Andrew Lonergan's left-hand post with two shots in succession.

Michael Gray did equalise nine minutes later with a sublime curling free-kick before the hosts hit the post yet again in first half injury-time through Purse's volley.

But the Lilywhites Preston improved after the interval and edged ahead for a second time in the 55th minute as Parkin grabbed his fourth goal of the season - the forward side-footing home from close range after a neat cutback from strike partner Mellor. 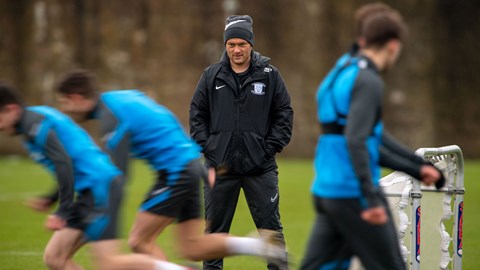 The visitors could have extended their advantage in the closing stages, with Mellor curling a shot narrowly wide of Lee Grant's right-hand post and Darren Carter coming close with a volley from Ross Wallace's corner. However, it mattered not as the visitors held on to claim a valuable three points and maintained their position in the top six, moving them to within two points of pacesetters West Brom and Newcastle.

After the game, then Owls boss Brian Laws said: "Preston certainly lived a charmed life in the first half and I am sure anybody who saw the game would not deny that.

"The players are disappointed because we deserved more from the performance. It was the best we have played for some time and if we can continue in that way then it bodes well."