We have a couple of great FA Cup games at Adams Park to recall, but we have gone back just three years to 6th January 2018 as the Lilywhites put on a five star performance to make it through to the fourth round. 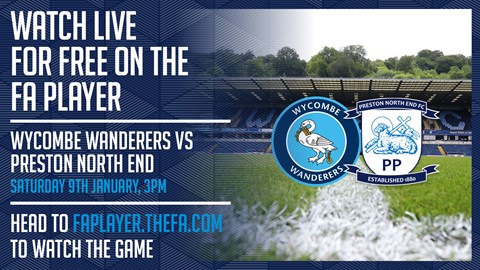 North End eased into the next stage of the Emirates FA Cup with a thumping victory at then League Two Wycombe Wanderers.

📽️ Wycombe away in the third round of the #FACup sounds familiar...🔥

Take a look at the highlights from this stage of the competition back in 2018 when @joshharrop23 and @Alan__Browne both scored twice, and Daryl Horgan was also on the scoresheet for North End! 👇#pnefc pic.twitter.com/9J6c9rovgO

Josh Harrop's fine free-kick put the Lilywhites ahead after just 87 seconds and Alan Browne's superb volley made it 2-0 in the first half, but Luke O'Nien pulled one back before the break as his deflected cross went in.

However, PNE then ran riot in the second half with now Chairboys winger Daryl Horgan drilling in, Browne added a penalty after Dan Scarr fouled Paul Huntington and Harrop headed home a fifth from Greg Cunningham's superb cross from the left, after flowing move from PNE.

Wanderers manager Gareth Ainsworth said post-match: "The upset went out of the window in the first minute and we were outdone by a much better team today.

"Fair play to Alex Neil, he's got his team working really well. It's the best Preston team I've seen for a long, long time and I think they've got a real chance this year of making the play-offs." 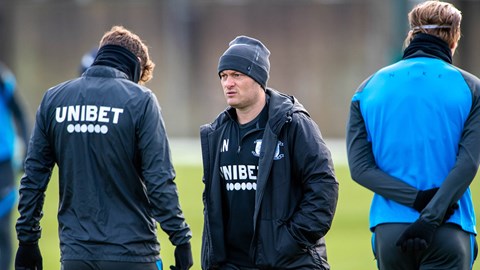 Alex Neil: “We Will Go With A Strong Team”

North End boss Alex Neil added: "Whenever you come away to any lower-league opposition, the first thing you're going to have to do is match them for effort, endeavour, willingness to win and willingness to work.

"We did all that and what we've got is some real quality players within our group and I thought that shone and came through. I thought the standard of some of the goals was excellent."

The game is being shown live on FA Player – click here for more information or to sign up for a free account to watch the Lilywhites in action against a team led by former North End winger Gareth Ainsworth.