Manager Alex Neil feels that Ched Evans will bring something different to the strike options he already has in his squad. 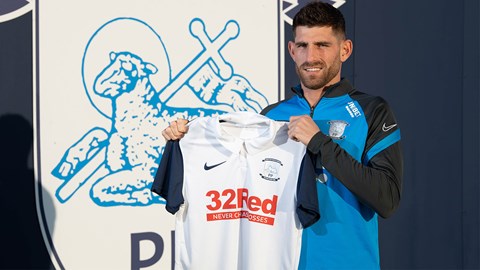 Speaking after concluding a loan deal until the end of the season for the attacker, the Preston North End boss said that he would add a new dimension to the forward line.

Speaking to iFollow PNE he said: “He is different from any striker we currently have. Seani is a bit of both, he can stretch it in behind or come and link it; Emil wants to get in behind more often than not and Jayden wants to flick things on and win headers

“Ched is more of a take the ball in type, who works in about his feet and is very strong and he just gives us a different option and we have needed this for a little while really.

“He will add competition at the top end of the pitch. He is very physical; he wants to look after the ball, take it into his feet and get you up the pitch and equally score goals.

“He will be really excited about getting an opportunity in the Championship. If you look at his record at Fleetwood, he scored 37 goals and he will certainly add to the competition we have got.”

The experience the new No.26 has is also something the Lilywhites gaffer was keen to add to his squad: “He was in Sheffield United’s squad that went up, so he knows what it takes to get out of this division.

“He’s an experienced player; he is a good lad – I have spoken to him at length and his character as much as anything else will be important for the team.

“We have spoken at length about adding Championship experience to our group as much as possible. If you look at other teams and try and they are adding and trying to go to that next stage, they are either taking players in from the Premier League or adding Championship proven players and I think Ched fits that bracket.

“I think experience is crucial and he will certainly help us,” he added.