Alex Neil said the way his Preston North End side began the second half was a key factor in them taking all three points away from St Andrew’s against Birmingham City.

Alex Neil said the way his Preston North End side began the second half was a key factor in them taking all three points away from St Andrew’s against Birmingham City.

Scott Sinclair scored the only goal of the game on 61 minutes after finishing off a slick breakway in which Jayson Molumby played a vital part, with Brad Potts having also struck the woodwork for North End ten minutes earlier in a dominant spell. 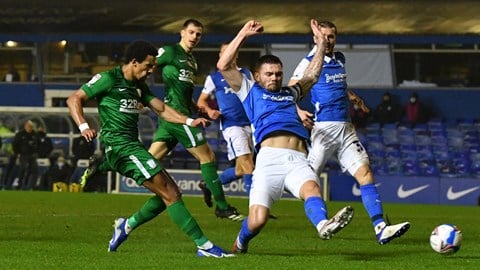 Speaking to iFollow PNE at full-time, Alex explained that he felt that his side had played well for the majority of the contest, and that while his side had been forced to work for their win, they remained fully deserving of their triumph in the West Midlands.

“I thought we had to work for it, but I thought we deserved it,” he said. “I thought the first 20 minutes, we were the better side.

“The offside flag was probably a bit of frustration for us, because they really squeezed the line, and we probably just needed to time our runs a bit better.

“I thought from about 20 minutes onwards, though, we didn’t really do the basics as well as we had done for that first spell and they came into the game, got a little bit of pressure and Dan has to make a really good save down to his right-hand side from Sanchez.

“We had a chat at half-time, just to brush up on a couple of things I thought we could do better, and to be fair to the lads, I thought first 20 minutes of this second half is what won us the game really. Brad hits the post, he has another great chance from the edge of the box and the goalie makes a good save.

“Scotty has one where he’s through and just sort of over runs it a little bit, and also we get the goal. I think in that spell, that deserved us to win the match. We had more opportunities, we were more threatening, we used the ball better. It went up, it stuck at the top end and we had good runners off it.

“It’s really pleasing and a hard-fought win, conditions weren’t great, and the lads deserve a lot of credit for that performance.” 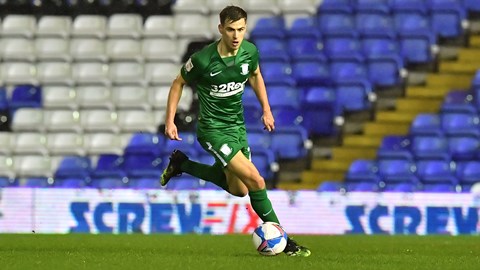 Asked about Jayson Molumby’s role on the night, after laying on the assist for Sinclair’s winner, the manager agreed that the midfielder – making his first league start for the club since arriving on loan from Brighton & Hove Albion – had played well, but highlighted the play of his entire midfield three – Ben Whiteman and Ryan Ledson sitting alongside him.

“I thought he [Molumby] was great, but it’s difficult to single anybody out because I thought the middle three competed really well.

“I think the backline in the second half did really well; we squeezed it, we were aggressive, much more so than we were towards the end of the half, and I thought that gave us a platform to get up the pitch and win the game.

“It was just a nice bit of play. Ben [Whiteman] splits the line, straight into Scott’s feet, he just lays it off first time and he’s on his bike. Jayson’s got great legs. The timing of his passing, the weight of his passing, was excellent.

“That’s what Scott does, he’s dangerous. You know he’s always going to get an opportunity and he’s got a goal in him and that’s exactly what he did.”

There was also a word from the gaffer for defender Paul Huntington, who marked his 300th appearance for the club with a win and a clean sheet.

“I think it’s a good way to remember that 300th appearance, you always want to make sure you remember it with a win, and equally if you’re a defender, a clean sheet. I’m sure he’ll be delighted with that.”