Preston North End manager Alex Neil spoke with about the pleasure at the way the transfer window has started after completing the loan signing of Leicester City’s Danish international goalkeeper Daniel Iversen. 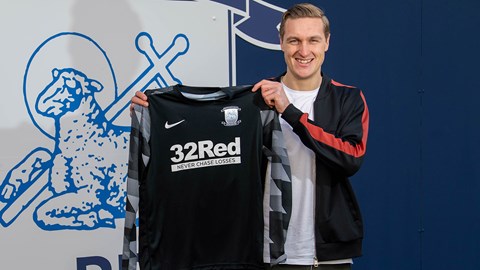 Speaking to iFollow PNE after completing the deal for the 23-year-old for the rest of the season, the PNE boss said: “Goalkeeping wise, we know what we are getting, in terms of quality. With Mike [Pollitt] having worked with him before, it gives us a massive shot in the arm in terms of knowing what level Daniel is at.

“If you get into any international squad, let alone Denmark’s, then you obviously have some quality behind you.

“We are really pleased to get this done and we have set off really well in this transfer window, in terms of getting our business done early and trying to find the gaps that are absolutely necessary in the squad.”

The North End gaffer explained why he had moved quickly to secure the Foxes custodian and why he had been cagey about it when first asked by the media on Wednesday.

“We’ve been looking at Daniel for well over a year now. Mike [Pollitt] worked with him before at Rotherham and with the news that Declan is going to be out for a period, we felt it was only right and important that we covered that position off,” he continued.

“We spoke about other positions that we needed to cover off this window and that is certainly one of them, so I am pleased to get it done.

“We know what we are getting; young, enthusiastic, played at a good level, played international football for his country, so I think he will be a great addition. 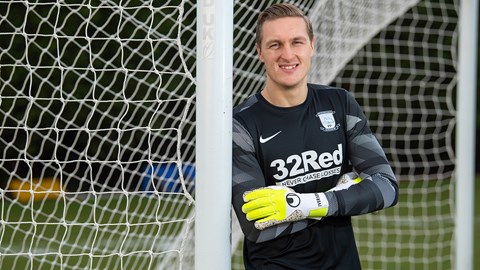 Iversen: “I Cannot Wait To Start”

“It is important for people to understand that we didn’t really know the extent of Declan’s injury when I spoke to the press on Wednesday.

“We knew there was going to be something wrong, but the extent of it wasn’t for everyone to see. It is now. We know where we stand with it and it will put Declan out for a decent amount of time, hence the reason why we needed to cover that position off.

“Generally, I like to be very transparent with what I am saying [to the media], but for the good of this particular transfer, it was important that we didn’t weaken our stance by making everyone aware that Declan was injured.”

Mike Pollitt’s work with the big Dane at the Millers will allow the player to come in and hit the ground running, after returning from loan in Belgium in the first half of the season and Alex thinks it will have another benefit.

“Polly has been working with our goalies for a while now and he knows the level that Daniel is at, so that gives me a bit of comfort.

“Every signing you make carries some risk to it, because for most players, although you watch them, you see them and you get character references, you don’t really know how they are going to work in your environment until you get them in.

“With Daniel, we have as good a knowledge about him as you could have about someone who is coming into the club.

“What sums him up is the loan spells that he has had. He is not happy to sit around and play second fiddle or be a number three goalkeeper at Leicester, he wants to get out there, he wants to play and he wants to forge a path in his own career.

“Those type of hungry players are the type that you want to bring to your club and they will hopefully keep pushing to try and get to get into the team,” he added.