Alex Neil felt a draw was a fair result as his Preston North End side were held to a goalless draw by Reading in front of the Sky Sports cameras at Deepdale.

Alex Neil felt a draw was a fair result as his Preston North End side were held to a goalless draw by Reading in front of the Sky Sports cameras at Deepdale. 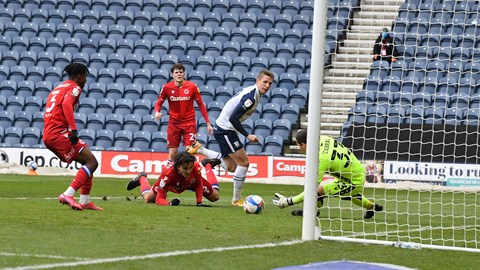 The Lilywhites came out of the trips and particularly impressed in the first half, the manager admitting his side ‘had their moments’, but there were opportunities for the visitors as well – the best of which came from the penalty spot for Lucas Joao who missed from 12 yards late on.

Speaking to iFollow PNE post-match, Alex said his side had needed to turn defeats into draws and that the point against Reading probably proved one such instance.

“I thought we started well in terms of looking as if we were going to score and then as the game went on and on, I thought that fizzled out a bit as the game developed. I think that’s five clean sheets out of seven and we do need to turn games that previously we might have lost, we need  to turn them into draws. Today was probably one of them.

“Even when they did try and play out, we nicked it. The disappointing thing was how dangerous we were off the back of that then. Even in the first half when we were dominant and we penned them in, we worked the ball from side to side really well, but we kept coming back out rather than putting the ball in the box.

“When we did put it in the box on two or three occasions, we looked dangerous, we looked as if we were going to score, one we had a scramble and maybe could have got a goal, I think the goalie makes a good save from Emil. The other one, Jayson fires it across, Pottsy gets a hold of it and shoots past the post. We did have moments but probably not enough.”

When asked about the penalty decision, Alex felt it was a difficult duel for Joe Rafferty – the man penalised for the spot kick – to deal with against Lucas Joao, and said the challenge looked better or worse from alternative angles. 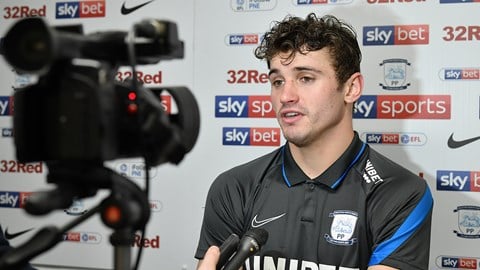 “The penalty, I’ve seen it back a couple of times, I think the start of the move, Joao engages Joe and I think once that happens as a defender, particularly when you’re deadling with such a big lad, it’s difficult then without having that physical contact. As it develops, it does then look as if Joe’s dragging him down.

“There’s two different angles, I think one’s in our favour and one’s not. They made a decision, they missed a penalty, which, to be honest, I didn’t think they deserved to get the win from the game.”

Speaking further on Rafferty, the manager said he was pleased by the incoming defender’s display, after revealing that Andrew Hughes – who pulled out of the starting line-up in the hour leading up to kick-off – had been injured after being hurled into the advertising boards at Birmingham City on Wednesday night.

“We were hoping that Andrew was going to be fit for the game, he gives us that outlet and natural balance in terms of his left foot.

There are now three free midweeks for the gaffer to work with his squad – including his four new signings this month – who he has already been impressed by despite limited opportunities to work together on the training ground thus far.

“I think the new lads have come in and given everybody a lift, it gives us competition,” he added. “You can see the lads looking, thinking, ‘Right, we’ve got some good players that have come into the building now, I need to get my performance levels as high as they can be,’ which is pleasing.

“I’ll be honest with you, what they have shown me in a really short space of time, is that tactically, they’re very good.

“To get the press as well as we did today against a Reading team that does want to risk and build the ball, you need to understand and know the triggers, you need to understand and know how to go about it, and have the ability and capability to carry it out. They did that extremely well. I’ve got no concerns in terms of them taking information on board.”