Preston North End manager Alex Neil says that the midweek victory over Birmingham City will be important to help the new signings to settle in quickly.

Preston North End manager Alex Neil says that the midweek victory over Birmingham City will be important to help the new signings to settle in quickly. 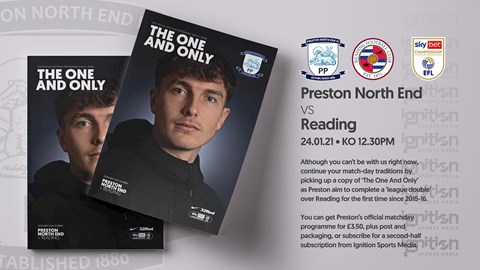 Speaking to iFollow PNE ahead of the live Sky Sports clash with fifth-placed Reading the Lilywhites boss said that the 1-0 success, in monsoon conditions at St Andrews, was a big step for his re-shaped squad.

“For all the new players it is so important to come in and get the job done,” Alex said. “When you join any club, you want to show everybody what you can do and gain the respect of your team-mates and hope the fans will like you as a player, settling in as quickly as you can.

“The easiest way to do that is to play well and win – it really is as simple as that, so for Dan to get the clean sheet and victory, the same as Ben and Jayson will be good for them.

“It is the same for Emil, who is still relatively you. The introduction of Dan will help him too, having his fellow countryman here and hopefully that will help both of them settle in.

“I think you can see that [the new signings] add a new dynamic. What happens is that all the lads who are already here want to show the new lads coming in how good a player they are and where they are in the pecking order.

“Football is a very competitive sport, you are dealing with lads who are in the prime of their lives, physically and mentally and they want to show each other who is the best player. Training has certainly gone up a few notches, which has been great.”

The next test for the team is the visit of Veljko Paunović’s side, who have won three and drawn one of their last four league games. They were in similar form when the sides met back in early November and despite a big away game, Alex doesn’t believe the scoreline was a fair reflection of the game and expects another tough test.

“I am not sure it was a 3-0 game,” he continued. “We played well, were a threat and got our goals at thew right times, but equally they had some chances in the game.

“When you need your goalkeeper to make saves, like Declan did for us on the day, it has been a tough game, but it was a good performance – we wanted to go there and put in a statement and we did. 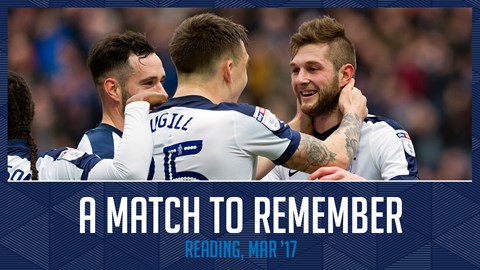 “This one is going to be tough. They have got some players back who weren’t available at that point, which makes them stronger, so it is going to be a tough match.

“They are a good side, aren’t they? They have spent a lot of money on a lot of players. They have got a lot of guys who can’t even get into the team, in particular, the attacking options that they have are a big, big threat and you could see that the other night against Coventry, because Coventry played well and lost 3-0.”

The move of the game to Sunday, for the TV coverage, is something that the manager and players are grateful of, after a gruelling encounter is difficult conditions on Wednesday night in the midlands, with the extra day of recovery.

“That is needed. With the conditions on Wednesday, after those type of games – where it is heavy – and we have done a lot of running, physically and mentally it is draining and that extra day’s rest will certainly be helpful for the lads.

“We have spoken in the first half of the season at length that the inconsistencies shown by a lot of teams were due to the fact that when you play that amount of games, it is so difficult to replicate your top performance in such a short period of time, however, because of the pandemic, we had to cram in the games in the first half of the season in case there was another stoppage.

“You can understand why it happened – it is not ideal, but it is what it is,” he added.

iFollow PNE cannot broadcast the live video of the game this weekend – except for season ticket holders – due to the Sky Sports coverage, but you can still listen to radio commentary, available for £2.50, with Jonathan Breeze and Paul McKenna on air from noon on Sunday. Click here now to sign up for an audio match pass.