Alex Neil: “There Is More To Come From Us”

As the second half of the season gets underway, Preston North End manager Alex Neil says that he is relatively pleased with the position the team find themselves in, all things considered.

As the second half of the season gets underway, Preston North End manager Alex Neil says that he is relatively pleased with the position the team find themselves in, all things considered.

The PNE boss spoke to iFollow PNE ahead of the start of the final 23 games, with a trip to Bristol City on Saturday and said he felt the best was yet to be shown by his squad.

“What we have managed to do is be five points outside the Play-Offs, with a lot of things to contend with – as most clubs have – so I have been relatively pleased,” he said.

“Out home form was extremely poor at the start of the season, but we put three wins on the spin at home recently and that was pleasing and I still think there is more to come from us.

“Hopefully, having a settled squad, between now and the end of the season will hopefully benefit us.”

There will be a competitiveness in the squad as they returned to Euxton to prepare for the trip to Ashton Gate. A number of players are back from injury, plus four new signings are available for the weekend’s game and the North End boss has been happy with the work done so far in the transfer window.

“I think we have been very active; we needed to be,” he continued. “We needed to put ourselves in a strong position going into the end of the window, because you never know what could happen in terms of comings and goings.

“Getting to this point now, with Alan signed, it is really pleasing, but we still have some other lads out of contract. But the fact we have covered off some positions, with players coming in was always important and that’s what we have done.

“It is going to be really tough [to pick the team], but we would rather be in that kind of position, than be caught short with others potentially leaving and not having adequate covers. 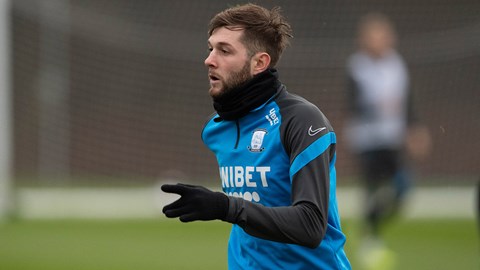 Tom Barkhuizen – Back And Focused On Bristol

“We needed to strengthen certain areas and there are still another couple of areas we could still potentially strengthen and we will see what happens between now and the end of the window.

“The majority of the lads will be back. We have a couple of lads affected by a mini Covid issue we have had, but the medical staff have handled it extremely well. I don’t think that has been the case everywhere else, I think most teams who have had it, it has swept through their squad, but we have managed to isolate any cases really quickly and delay the spread, which has been pleasing, albeit we haven’t trained so far this week, which has been far from ideal – particularly for the new lads, but we should have the majority of the players available.”

The weekend’s opponents have had their plans thrown up in the air in recent weeks, with Covid-cancellations, but having only played the Lilywhites four weeks ago, the manager knows what to expect.

“They have played Luton and Portsmouth since then. I have watched both of the games. We know what is coming. We played them a month ago, so we know what Bristol will bring and they have got some good players and are a good team, so we know we will have to play well.

“The majority of teams have found consistency hard to come by this season because [of injuries and Covid]. When you do take some of your key players out of the team, it coincides with getting more difficult results.

“They will be like most other teams, who have had good and bad results across the season so far,” he added.

If you want to see who Alex selects for the game at Ashton Gate, iFollow PNE will have full coverage of the game, with Guy Clarke and former Lilywhites and City defender Rob Edwards in the press box bringing live coverage from just after 2.30pm. Click here now to sign up for an iFollow PNE match pass for just £10.