The 24-year-old midfielder has put pen to paper on a three-and-a-half-year deal and will take the No.17 shirt for the Lilywhites.

Ben came up through Manchester United’s Academy before heading across the Pennines to Sheffield United, where he was given his debut by Nigel Clough back in 2014.

He has gone on to make almost 200 professional appearances in the last six years, scoring 32 goals in the process and, subject to governing body ratification, will be available for the weekend’s trip to Bristol City.

Speaking after becoming the club’s fourth signing of the January transfer window, the Rochdale-born man said: “I am over the moon to be at this massive football club.

"There weren’t many sides that I would have moved onto from Doncaster, but this ticked all the boxes and once I spoke to the manager it was a no brainer for me. 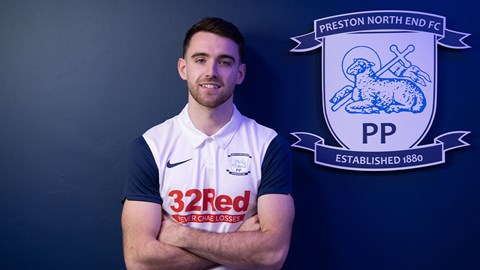 “As soon as I had finished with him, I had made my mind up straight away. He spoke very well and spoke very highly of the football club and I can’t wait to start.”

North End manager Alex Neil was delighted to have completed another deal for a much sought-after player, saying: “We have been after him since the window opened and we have managed to stave off a number of other suitors, who were interested, so it has been great business from us.

“He is a player who has his best years ahead of him. He is only 24 and I am really happy that we have managed to get him in.”