Brad Potts: “You Need To Be Playing Well And Performing”

Preston North End midfielder Brad Potts says that the recent additions to the squad at Deepdale have given a new impetus and competitiveness to the group.

Preston North End midfielder Brad Potts says that the recent additions to the squad at Deepdale have given a new impetus and competitiveness to the group.

The 26-year-old, who signed for the Lilywhites in January 2019, started the win over Birmingham City and the goalless draw with Reading last Sunday and says that the group are looking to put together a good run of form.

And with four additions already this transfer window, he feels there is a need to perform in every game, due to the fact that someone else is ready to step up and take your place in the team if you don’t reach the necessary standards.

Speaking to iFollow PNE the No.44 said: “Last week against Birmingham I thought was a good win and we wanted to carry on and try and beat Reading as well, but they are a decent team as well and it was a good point in the end.

“As the gaffer said before the last game, if we can’t win the game, we have to make sure we don’t lose it and that is part of the battle going forward, to try and get a run going.

“Whoever is on the pitch, you know what you are going to get. Everyone works for each other and if you are getting clean sheets, it gives you a better chance of winning the game and we are happy with that.

“The new lads have fitted in well and there is a lot of competition for places. If you are in the team, you need to be playing well and performing to stay in the team, so it is only a good thing for the squad to have these new faces – whoever is on the pitch has to try and make sure we get the three points.” 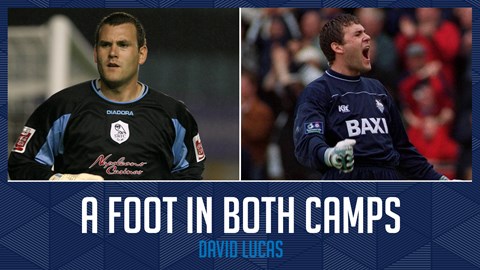 North End have had a free week since the draw with the Royals to prepare for the next game and reflecting on a week without a midweek clash the Hexham-born man is grateful of the rest and is also looking to repay Alex Neil with his displays.

“There have been a lot of games recently and it does take it out of you. We knew after the Reading game that we were going to have a free week and have plenty of rest, so we put everything in to both of the last two games and now we have been able to rest and get ready for Sheffield Wednesday on Saturday,” he continued.

“Every time the manager picks me, I am delighted to be playing. I just want to do my best for the lads and for the club and whether that is out wide or in the middle, I want to be playing and want to keep going and repay the gaffer.”

The trip to Hillsborough brings back positive memories for the former Carlisle United man, having come off the bench and scored in the Lilywhites’ win against the Owls back in July and he hopes another good win can continue the team to have a forward momentum.

“Last season I started on the bench and then I came on and scored, so it was one of the better games for me last season. Hopefully we can go there and carry the run on and get the three points. 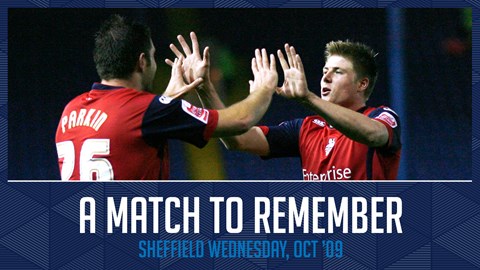 “We have a big squad now, like we did last season and that night all the lads who came off the bench scored, so there was competition for places then, as there is now and whoever starts or comes on, you know that they will give their all for the team.

“It is all about timing the run and momentum. Last season we maybe peaked too early and then faded off, so it is maybe not a bad thing that we are sitting in mid-table and then hopefully we will put a run together and make the Play-Offs at the right time,” he added.