Ben Dooley is looking to use his experience of playing in the FA Youth Cup to support his younger team-mates as Preston North End U18s prepare to host Lincoln City U18s in the third of the competition on Wednesday afternoon.

The second year scholar has worn the captain’s armband for much of the youth team’s 2020/21 campaign, which has seen them make a strong start to the season, sitting third in the North West Youth Alliance with six wins from nine games. 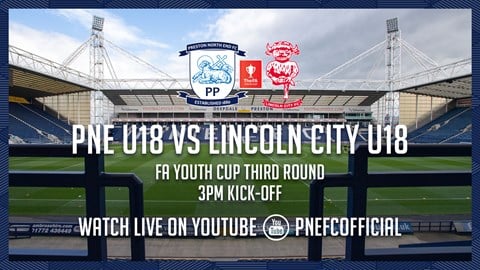 Having played his part in the young Lilywhites’ run to the fifth round last term, the versatile midfielder is hoping to pass on his experiences to his younger team-mates that are set to play in the esteemed competition for the first time.

“I think everyone’s confident, there are some nerves, but it’s all going through the motions; it’s how you are meant to be for these games,” said the 18-year-old. “I’ve done this before and I still get some nerves, but it’s about helping other people deal with those nerves and emotions to put it into a good performance.

“Once the game kicks off, it will settle down and we’ll play our normal game and the emotions won’t be high anymore. It’s been good, everyone is positive and ready and we’re just waiting for the whistle to go.

“We’ve worked hard in training and it’s shown with previous results we’ve had. We’ve worked well because we’ve got a mix of players who have and haven’t done this before.

“It’s been interesting to watch everyone buy into what the coaches are saying and what the lads who have had this experience are saying to the other players, which is good.

“I think it’s always good to be seen as a leader and a role model, but for me, everyone is a captain in the team and it’s not just me, everyone can demand the best from each other.”

Dooley explained that the build-up to the game has been strange; the U18s having only played four competitive games since the start of November, due to various postponements over the last two months – including two date changes for this outing.

In the meantime, though, the midfielder has had the opportunity to train with the first team and travelled with the squad for the away game at Watford in November; another experience he believes will not only benefit himself, but his team-mates as well.

“A few of us have been on away trips and been involved in home games and it’s great because it’s a real experience for us to see what it’s like at the next level.

“It was good and to see how you can cope with different levels, different styles of play, and it really helped me out in a lot of technical aspects, because it’s much harder. I can bring that back to the U18s to help people work with the stuff that I’ve learnt and pass that information on to them.

“It’s always good to go to an away game because for the games at Deepdale, you feel more at home – I’ve played there before in the FA Youth Cup and watched the first team.

“The away game was amazing, learning all new experiences. Watford’s ground was unbelievable, everything was overwhelming. It was great we got the chance to go.” 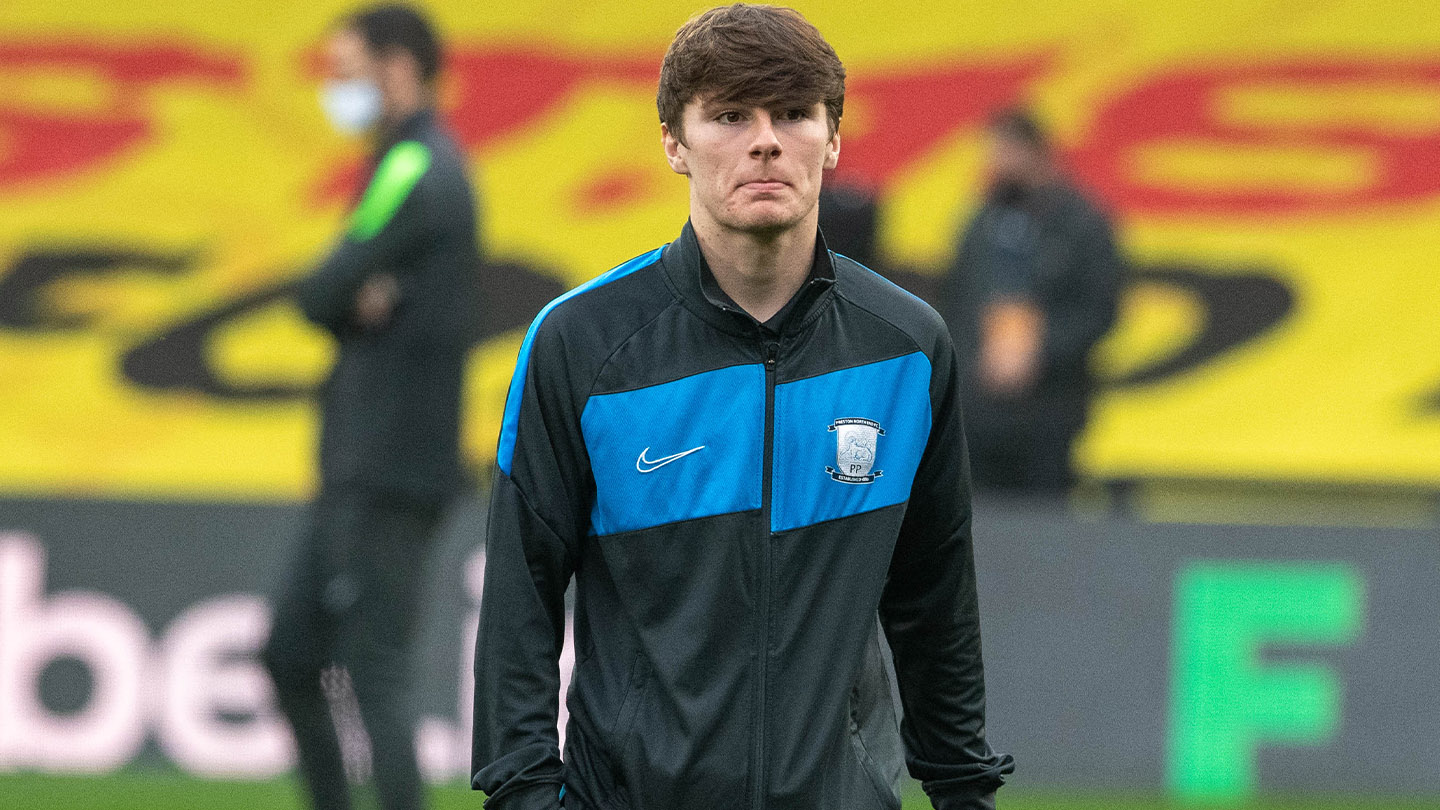 With the FA Youth Cup typically giving younger players the chance to play in front of a larger crowd, Dooley’s assertion is that this year’s tie – which again will unfortunately see fans absent – remains an opportunity to make an impression.

“It’s obviously disappointing that no fans can watch, because we do like having them there, even if it’s at UCLan, away games, even last year in the FA Youth Cup, we are always grateful for the people that come and watch – whether that’s family or fans.

“We just have to get on with it, make sure we do everything right and impress people who are watching the stream.

“If we all play well, it doesn’t matter if it’s a stream or in-person, you’re watching a good game, a good performance from the team who are willing to work hard, do well and get far in this competition.”

And having seen the fixture postponed twice towards the end of 2020, Dooley revealed plenty of preparation has already been done for the Imps’ visit.

“Before the first game got cancelled, we did a lot of preparation on team shape, our tactics and how they play. We watched a few videos on how they play and set-up to make sure that we had done everything right to break their system down and benefit us.

“We’ve watched them before and they’re willing to work hard just as much as we are, it will be a real physical game.

“I think we should be okay and have no problem going into the game in terms of knowing what needs to be done to break them down and hopefully help us to success.”

You can watch the young Lilywhites’ FA Youth Cup tie live on the club’s YouTube channel, free of charge, with a 3pm kick-off at Deepdale, while live updates will be provided from the club’s Academy Twitter account; @pnefcacademy.