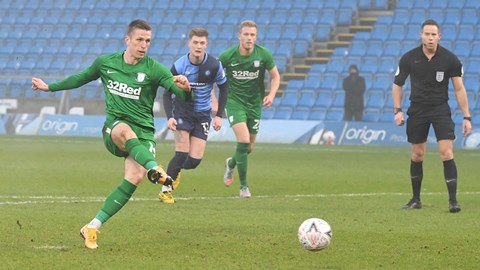 The Danish forward scored what proved no more than a consolation penalty just before half-time, the Lilywhites having gone 3-0 down inside 25 first half minutes, and condemned to defeat by Alex Samuel’s 82nd-minute fourth goal.

Speaking to iFollow PNE after North End’s FA Cup exit, the No.19 said: “It was a bad game today. It was a bad start and we had to chase the whole game to come back. It simply wasn’t good enough.

“It [the ‘bad start’] affects the whole game. They get a bit more defensive, they can just kick it long and we have to chase. We get a goal back but we didn’t really get close to come back as well. It’s not good enough today.

“They could just stand back and kick it long to two big, strong strikers. With the two goals’ advantage they had, they could sit back and wait for us to do something and today we couldn’t really produce it.”

The 22-year-old was somewhat pleased to show he could score from the spot but that didn’t discount his disappointment with the Lilywhites’ exit from the competition. 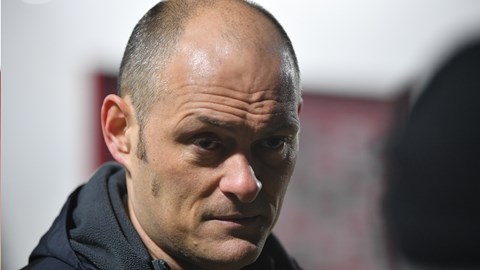 “I’m glad to step up to show what I can do from penalties,” he added.

“Obviously, I want to be taking penalties and today I had the chance and I showed I could score. Personally, it’s good for me to get a goal, but right now I’m thinking about the result.

I’m glad to step up to show what I can do from penalties.”

Alex Neil’s side travel to Brisol City next weekend, back in Championship action, and Riis said he and his team-mates simply must put their FA Cup exit out of their minds before heading to Ashton Gate next Saturday.

“We have to put this behind us, forget everything about it and there’s nothing good we can take away from this today and we have to look forward to our next game.”