Preston North End’s new Irish international midfielder Jayson Molumby said it was an easy decision to make in signing a loan deal at Deepdale until the end of the season. 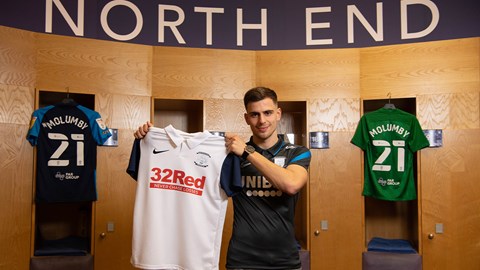 The new Lilywhites No.21 has joined the club from Premier League Brighton & Hove Albion and says that having spoken to manager Alex Neil and two fellow Republic of Ireland team-mates, made him put pen to paper.

“I am really happy to be here,” he told iFollow PNE. “I spoke to the gaffer and the Irish boys here, who I know quite well, and it was a no brainer in the end and I am looking forward to getting started.

“Seani and Alan speak very highly of the club and then the gaffer spoke to me and was the same and, in the end, I just wanted to get it done and I am really excited to get going and I just want to play some games and help the team.”

Having played 40 games on loan at Millwall last season, the 21-year-old midfielder says that he is looking forward to playing after a spell on the bench at the AMEX and even got a good luck message before leaving from another former PNE loanee.

“Once you get the taste of it you just want more,” he continued. “It was tough for me in the last few months, maybe taking a risk with Brighton, hoping to break into the first team and it didn’t quite work out, but I am actually buzzing.

“As a footballer you just want to play games, try and do the best you can and try and improve and I am really looking forward to it. 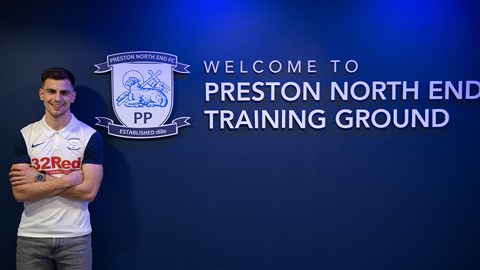 “There are some really big players at Brighton at the moment, some really experienced players – Adam Lallana, Danny Welbeck, people like that who are great to train with, so see how they conduct themselves and look after their bodies, and hopefully I can learn from them and take it forward.

“I saw [Danny Welbeck] today and he wished me the best of luck and mentioned he had been here before – he is a good guy and you just have to learn off these guys.”

The wish for game time is something Jayson also hopes will help his international ambitions: “One of the biggest things for me is playing for my country and I wanted to go out on loan and play games to hopefully stay involved and keep getting picked for my country.

“There is no bigger thing for me and hopefully I can do well and kick-on again and try and get as many caps for Ireland as I can.”

And with permission given for him to play in the Emirates FA Cup this weekend, if selected, he can’t wait to pull on the Preston North End shirt for the first time.

“It has been a while since I played a game, so I am absolutely buzzing and can’t wait.

“I feel quite good and confident and I am just looking forward to playing and picking up as many wins and points as we can,” he added.