Tom Barkhuizen – Back And Focused On Bristol

Preston North End forward Tom Barkhuizen had to spend ten days in isolation last week, after a close contact tested positive for Covid-19. However, the 27-year-old is back in full training and looking forward to the weekend’s trip to face Dean Holden’s Bristol City at Ashton Gate.

However, the 27-year-old is back in full training and looking forward to the weekend’s trip to face Dean Holden’s Bristol City at Ashton Gate.

Speaking to iFollow PNE from his home, the No.29 admitted he was bored during his stay at home, but is hoping it will give him a freshness in the second half of the season.

“It is part and parcel of life at the moment; I would be surprised if everyone at some point didn’t have to do it, whether its collectively or individually,” said Tom.

“It was frustrating, but it is what it is and we move on and from my point of view I am looking forward to this weekend and getting out on the pitch.

“For the first couple of days I was grateful of the rest; after that it was just boring! I spoke to the manager and he said I probably wouldn’t have started the cup game anyway, so it wasn’t the end of the world that I missed the game.

“From a personal point of view, to have a weekend off was nice, but coming back into training this week wasn’t ideal with the fitness coach taking the session – it was a little bit tough!

“Long term, I am hoping that it will be beneficial. I have had a week off, recharge the batteries a little bit, take the mind off football and then prepare for what’s coming up, as there is plenty more to come.”

The Lilywhites head to the south west with three wins in their last four games and ‘Barky’ suggests that the recent results have come as the team have had to change their approach – like many teams in the country.

“The few of us who have been in were discussing the fact that you don’t really see teams playing well anymore,” he continued. “There aren’t many teams where you watch and think ‘I’d love to watch them’, it is more industrial and getting across the line with the three points.

“I actually said that the Forest game we probably played our best football, in spells, and that is the one we hadn’t won, whereas the three before were very industrial like performances; foundations coming from defending from the front and things like that, as well as grounding out the three points. 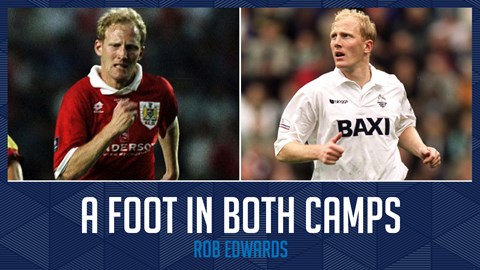 A Foot In Both Camps: Bristol City

“A lot of teams have gone down that route this year, especially with the lack of fans and being forced to play a different way. That is probably where we came unstuck a bit in the first part of the season, because we tried to play our normal game and, unfortunately for us, when teams are sitting in and soaking up any pressure that we do put on and then hit us on the counter, that seems to have been our Achilles heel, which is probably has for the last few years.

“We had to adapt. Injuries dictated that we adapted anyway, but the manager wanted to adapt a little bit. I don’t think he was happy that we had conceded the most goals in the league at the time – none of us are happy if you have that on your record, whether you are a defender or a forward – so we came away from our normal style of play and became a bit more solid.

“Unfortunately, in the Forest game, that’s what they came and did to us. They sat in, soaked up any chances that we had. We had numerous opportunities that we didn’t take, but then they got a silly penalty and won 1-0.

,So does this style-alteration suit him? “When I first signed for Preston we played that way and I did really well. The game’s that we have played that way as a team I always seem to have scored or be involved in a goal, so I have had to adapt my game to the way the gaffer wants to play.

“You want to play all the time, but you have to adapt to certain situations and if we want to go down the counter-attacking route as a team, then I probably our most efficient player to do that and it is probably why I have played most of the games when we have done that.”

The Robins have had a disrupted start to 2021, with a number of games postponed, including their rescheduled trip to Brentford, which was due to be played on Wednesday night.

But they host North End less than a month after they visited Deepdale and it is a renewal of what the attacker considers to be a strange rivalry.

“It is funny because it feels like there is an atmosphere between the two clubs!

“I don’t know whether it is because they seem to be similar sizes or are always in similar league positions, but there always seems to be an animosity between the two clubs and they always want to get one over on the other. 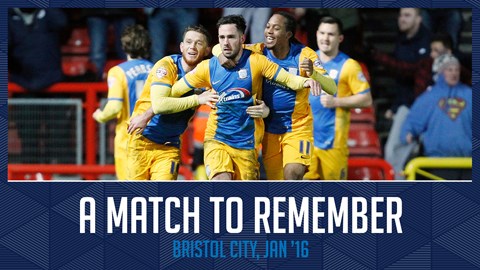 “Considering we live four hours away, it is quite strange. Thankfully for us, we have always been on the right side of the results and hopefully we can do the same again.

“Everyone talks about having ‘bogey teams’ and it just seems that we are Bristol’s bogey team, so it gives us confidence going into the game, along with the performances and results we have had of late in the league and hopefully we can go and get another three points and keep looking upwards,” he added.

There’s loads more from Tom in an extended 15-minute chat with the former Morecambe man, as he discusses how effective football isn’t necessarily pretty football, dealing with Covid postponements, the schedule for the second half of the season, new signings and more. Just click on the video at the top of the page to watch the full interview.

If you want to watch Tom and the rest of the team in action at Ashton Gate, iFollow PNE will have full coverage of the game, with Guy Clarke and former Lilywhites and City defender Rob Edwards in the press box bringing live coverage from just after 2.30pm. Click here now to sign up for an iFollow PNE match pass for just £10.