Since arriving in St Andrews last Sunday, the squad have trained daily, as well as facing St Johnstone in a 1-1 draw.

Celtic will be another step up in their preparations, with the Bhoys having won the league title in Scotland for nine of the last ten seasons.

Frankie McAvoy will be hoping to continue to get his players up to speed ahead of the new Championship season, with the head coach so far opting to change XIs at half-time against Bamber Bridge, and on Tuesday evening he made wholesale changes after 60 minutes.

Speaking to the press pre-match, McAvoy confirmed that some of the lads may miss this one out through slight niggles, including Sean Maguire and Matt Olosunde. 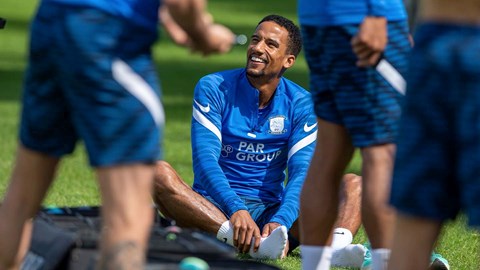 Summer signing Izzy Brown has been training in recent days, though, and he could make his first appearance in a PNE shirt at Parkhead.

Also hoping to play a part will be Scott Sinclair, who spent three and a half years with Celtic, and that period of time couldn’t have gone much better, having won the domestic treble three years on the bounce.

He’ll be reunited with the Celtic supporters for the first time since his move to Deepdale, albeit only 2,000 of them given Covid-19 restrictions.

Away fans are unfortunately not part of that number, but PNE supporters are able to watch the game on Saturday evening as part of a £4.49 monthly pass for iFollow PNE, which will provide access to this friendly as well as the ties against Manchester United, Manchester City and Wigan Athletic.