Frankie McAvoy admitted he was disappointed by Preston North End’s first pre-season defeat at the hands of Bolton Wanderers but stressed that the priority remains building up his players’ match fitness.

Gethin Jones scored the only goal of the game within ten minutes of the second half restart to win it for the Trotters at the County Ground in what was the North End faithful’s first opportunity to watch their side back in action since last year. 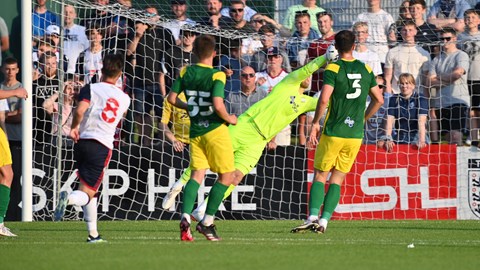 “We started to get a wee bit too spread. Tom [Bayliss] and young Lewis [Leigh] in the middle of the park started becoming a wee bit stretched.

“Our wing backs probably weren’t as high up the pitch as I was hoping we could get them up there. Bolton started to get a few opportunities and chances.

“We played Celtic on Saturday, which was a tough game, and what we need to do is make sure most of the squad are getting the same game time.”

Frankie explained that he had wanted to see some different combinations on the pitch, including in his forward line.

“I wanted to just flip the front two up a wee bit, I wanted to see Ched with Emil. I thought both of them did well when they come on.

“At the end of the day, we probably for the 70 minutes that the first team were on, they probably didn’t do enough, they needed to do better and that’s what they’ve got to try to do if they want to be playing, they want to force themselves into the starting XI, they need to produce better than they did tonight.

“Over the piece, disappointed with the result, but again, it’s about game time and moving onto Accrington on Saturday.” 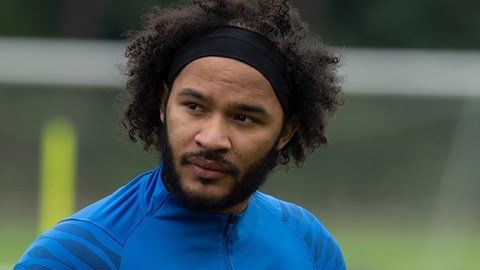 The gaffer explained that the loss of Izzy Brown to injury in training the previous day had complicated his plans to face the Trotters.

He shared that the squad had been ‘devastated’ by Brown’s setback and wished the new recruit well in his recovery from injury.

“The biggest issue that we had was with Izzy at the training yesterday. It’s put our plans into a wee bit of disarray to be honest, because it meant I had then to try and bring Pottsy in, but I was hoping Josh Harrop would play, but Josh then ended up having a tight hamstring. It meant I had to start to mess things about and bring Pottsy into that team.

“It’s absolutely gutting to be honest, the whole squad were affected by it yesterday at training. He actually just passed the ball and he felt as though someone had kicked him. We’ve felt right away that it’s probably his Achilles.

“As a group we’re devastated for him, and we hope that he can make a quick recovery and come back into the fold because I thought we got a wee chance to see him against Celtic and I thought he showed that he’s good in glimpses, he is a good player.

“And we were hoping that we could have got him starting tonight and let the fans see him but unfortunately these things happen and there’s not a lot we can do about it other than hope that he can come through it well and get a quick road back into recovery.”