It’s another step up for PNE in their pre-season preparations on Tuesday evening as they face Premier League champions Manchester City.

The match, taking place behind closed doors at the Academy Stadium just next to the Etihad, will get underway at 7pm.

It’ll be the first game of pre-season for Pep Guardiola’s men, who are still without a lot of their big hitters from this summer’s European Championships and Copa America.

As you’d expect, though, there will still be plenty of quality for Pep to choose from, with the likes of Riyad Mahrez, Benjamin Mendy and Fernandinho available for selection. 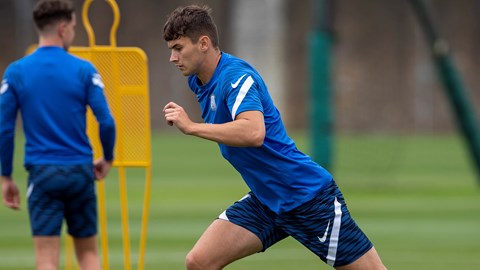 There will be plenty of youth in the mix as well, with Tommy Doyle and Liam Delap, who have both made first team appearances in the last couple of seasons, also likely to feature.

Meanwhile, for Frankie McAvoy, his squad came through Saturday's test against Accrington Stanley unscathed and he will be hoping to welcome back a few players, too.

Ched Evans missed that fixture, but should be available on Tuesday evening, as should Alan Browne, who made his first appearance of pre-season at the Wham Stadium.

Tuesday night will likely come too soon for Matthew Olosunde, though, as he continues his recovery from an Achilles injury, while Jack Baxter, Noah Mawene and Adam O'Reilly will also be absent.

For the Lilywhites, City will be their sixth opponents of pre-season and the game will mark the first of three in the space of five days, with Wigan Athletic and Manchester United to come on Friday and Saturday respectively.

This fixture is included as part of a £4.49 monthly pass on iFollow PNE, which will provide access to a live stream of this game, as well as the other two friendlies this week. Click here to subscribe by selecting 'Audio Monthly Pass'.