PNE are back in action on Friday evening as they make the short trip to the DW Stadium for a 7.30pm kick-off.

The friendly was due to be part of a double-header, with Manchester United set to follow at Deepdale on the Saturday, but the Premier League opposition unfortunately had to call off the friendly due to suspected positive Covid-19 cases. 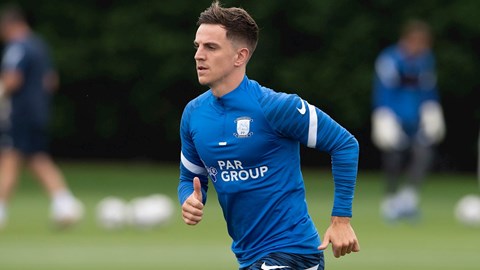 Tickets are on sale for the Wigan fixture right up until kick-off via their ticketing website, with PNE being allocated the whole of the North Stand. Supporters will receive E-tickets which can be scanned on the turnstiles via their smartphones. Click here for more information.

For supporters not able to attend this game, a live video stream will be included as part of the £4.49 monthly pass, which you can purchase here by selecting ‘Audio Monthly Pass’.

The Latics have had a successful pre-season so far, having won all of their fixtures to this point, including their last friendly against Stoke City.

Leam Richardson’s side, after making a remarkable turnaround to escape relegation last season, will be trying to push themselves into promotion contention during the upcoming campaign in League One.

They’ve had a busy summer so far, adding the likes of prolific goalscorer Charlie Wyke and midfielder Max Power, who has returned to the club.

In the PNE camp, Daniel Johnson has returned to training with the squad following Jamaica’s elimination from the Gold Cup, while Ched Evans and Alan Browne are available again after making their return from injuries over the last two games.

Head coach Frankie McAvoy has suggested he may be looking to try out a different formation when they come up against Wigan, giving him a good chance to take a look at his players in a new system before the Championship season begins next weekend.