Ben Whiteman is looking forward to spending some time with his PNE team-mates during pre-season, especially when the squad travel up to Scotland for a week’s training camp.

The 24-year-old joined the club in January from Doncaster Rovers and, given the Covid restrictions in place, he hasn’t yet had too much of a chance to spend time with his new colleagues off the pitch.

A week in Scotland in July will give him that opportunity, though, and it’s one that he’s already getting excited for.

“Obviously we’re going away so that’s a bonus,” Ben told iFollow PNE. “With the Covid restrictions when I first joined, we couldn’t really do a lot of team activities so I’m looking forward to getting away with the lads.

“It’s going to be a good trip up to Scotland so I think we’re all going to enjoy it. In the meantime we’ve still got a little more downtime so it’s a case of still switching off a little bit.”

While the off-season is a chance for the players to wind down, Ben has also been working hard to maintain his fitness down at the club's former training ground, Springfields.

He said: “[I’ve] just been relaxing really, trying to take your mind off football, spending some time with family and loved ones, but obviously you’ve still got to try and tick over.

“We get set a programme off Tom [Little] and Luke [Hemmings] so it’s a case of sticking to that. Luckily we’ve got a good facility here at the old training ground where the lads can come down, train with Luke and tick over really and do the programme, so that’s why I’m here today.”

After arriving at PNE, Ben worked his way straight into the first team picture, featuring in all of the 23 league games which he was available for in the second half of the 2020/21 campaign. 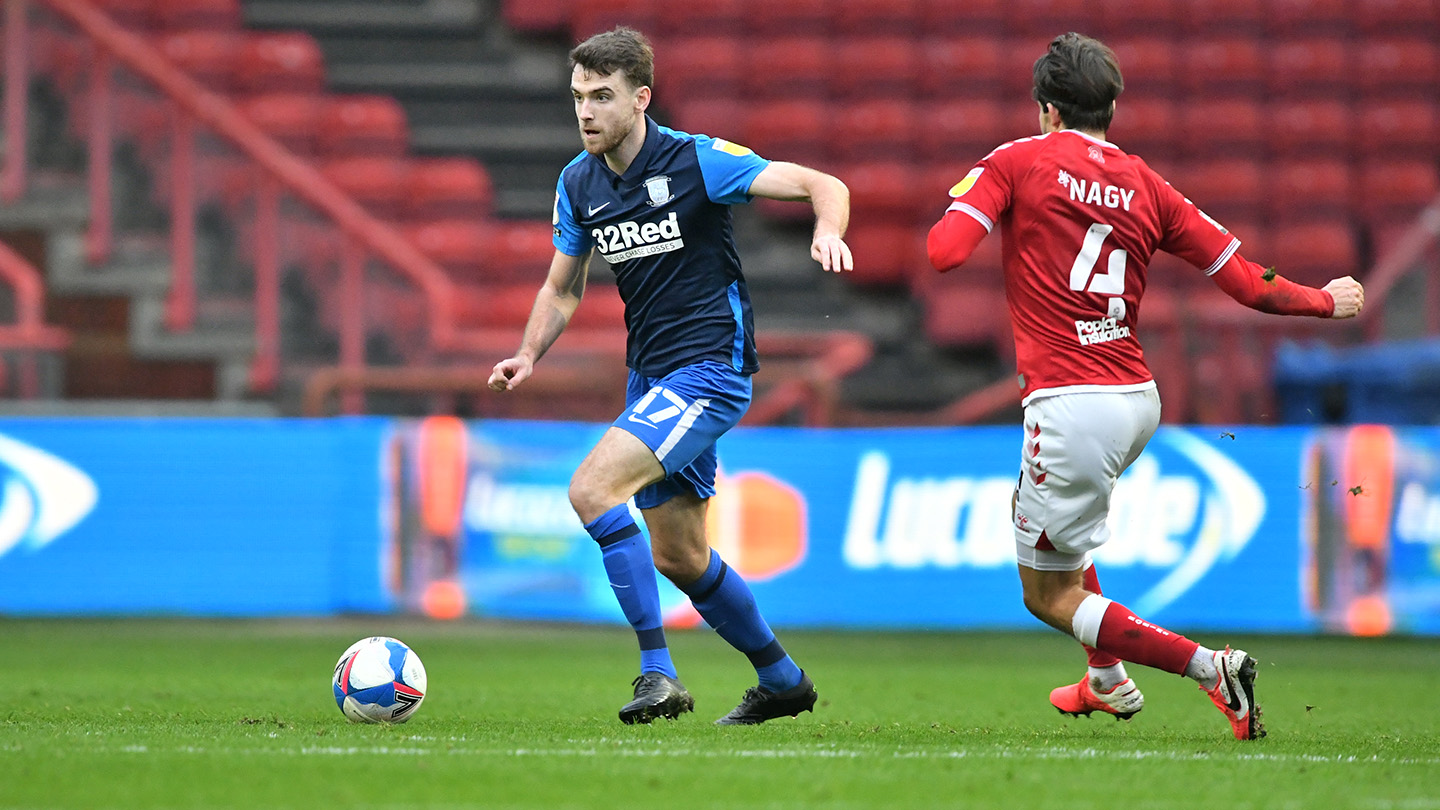 Results were mixed in that period, but the season ended on a high with four wins and a draw from the last five games.

Ben said: “I think I did well. Obviously Alex [Neil] lost his job in the meantime which is not nice to see, but Frankie came in with fresh ideas and did a superb job, and obviously now he’s been appointed as head coach so all focus is going on the season.

“We’ve got to get through pre-season with no injuries or little niggles so we’re all looking forward to it and hopefully we can start the season well.

“It’s a case of you’ve got a squad in football and everyone will get used. You fight for your place in midfield. We have got a strong midfield here and I think that’s why, towards the end of last season, you saw us doing really well because everyone wants to play.

“That’s what you’re in football for, so it’s one of them, it’s a case of doing well in training and hopefully playing in the games at the weekend.”

The central midfielder opened his goalscoring account for the Lilywhites in a home victory against Derby County, and finding the back of the net is something which Ben is hoping to do more in a PNE shirt.

He added: “That’s probably one of the disappointments I had in the first ten games; I didn’t score a goal. I came quite close with a free-kick at Rotherham.

"I think I whistled one past the post against them as well, but I was delighted to score that goal in quite an important game as well, because we didn’t know where we were going to be so I’m looking forward to scoring some more goals in a Preston shirt.”

You can watch our full interview with Ben by clicking play on the video above.