Willie Cunningham could quite easily have been William Wallace’s right-hand man in a former life such was the player’s pride and passion for his homeland. He was without doubt one of North End’s best ever signings.

A Fifeshire lad, and former coal miner, he was signed from Airdrieonians for £6,500 in June 1949. It was money well spent as over the next 14 years he gave unstinting and loyal service to Preston North End and Scotland.

He could play in either full back position and made his debut in a Division Two match at Deepdale on 24th August 1949 against Grimsby which North End won 2-0.

Cunningham was strong and fearless, but he also had a super football brain and his powers of anticipation were uncanny at times. Over the next few years, he proved as vital to PNE’s defence as Tom Finney was to the attack.

Cunningham was nicknamed ‘Cowboy’ and featured in all the great seasons of the 1950’s. 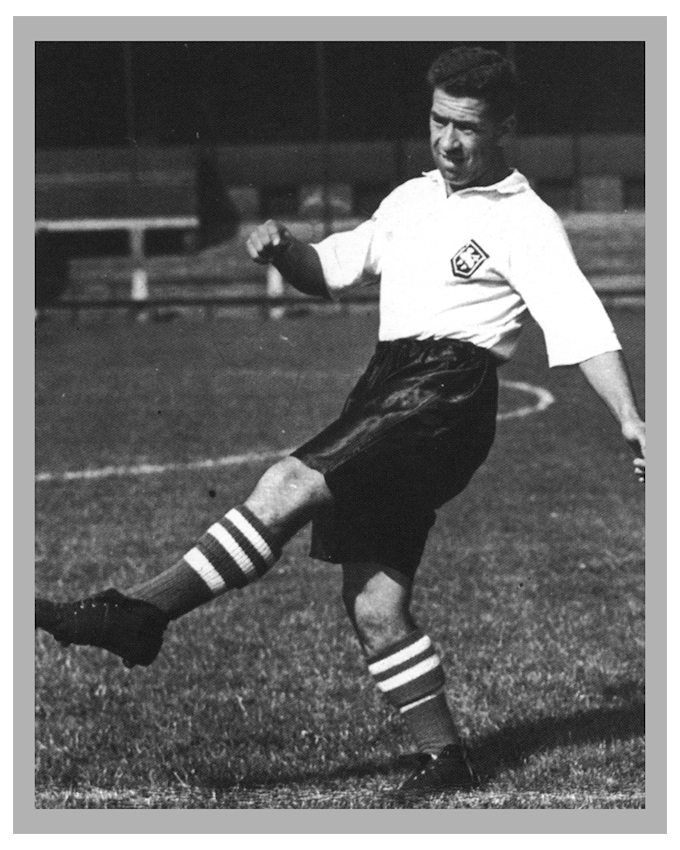 His fine form and consistency eventually won him international honours and Scotland first capped him on 5th May 1954 in a friendly at Hampden Park against Norway. He then went on to win seven more caps and was captain in five of those games, the matches coming before and during the 1954 World Cup in Switzerland.

Willie was captain for the infamous game against the Uruguayans when Scotland lost 7-0. Cunningham had taken over the captaincy from PNE team-mate Tommy Docherty and the pair appeared together in seven of Cunningham’s eight games.

Back at North End, he continued to shine, and in 1954 he helped the Lilywhites to reach a Wembley FA Cup Final against West Bromwich Albion. Alas, North End lost, but it was still a memorable day for the full back.

Twice North End were also runners-up in the league and Cunningham was desperately unlucky not to win a title in 1951/52 as North End finished second to Arsenal, only by an inferior goal average.

Time after time, when reading match reports of the Cunningham era, you notice that the full back won rave reviews with his superb defensive play and his cool distribution.

Even in his penultimate season (1961/62), he helped North End reach the FA Cup quarter-final only to be narrowly pipped by Manchester United after a replay.

So, in terms of honours, Cunningham always seemed to just miss out, but in terms of value to the team he was number one.