As we continue to get to know more about our first team squad, Tom Bayliss is the next player to answer our Quick-Fire Questions.

Bayliss joined the club in August 2019 on a four-year deal, arriving from Coventry City where he had come through the Academy.

The Sky Blues were not his boyhood club, though, as we find out in this feature, as well as learning more about his journey in football.

Playing in the local park with my mates in Leicester.

How did you get involved in football growing up?

My dad was massively into football and, when I was around 4 or 5, my mate was in a local team and told me to come over and give it a go. I never really looked back. He is still my best mate, but he isn’t in football now.

How did you become a midfielder?

I have always been a central midfielder; I felt like I fitted there.

Derby County – I think they were sponsored by Ramsdens.

Derby County because my dad’s from Derby.

To be honest, the biggest setback has been having an ankle operation this year aged 21. I had my ligaments operated on after an injury in a bounce game. That was frustrating.

It came totally out of the blue. I was 18 and it was Coventry against Cheltenham. Luckily I scored after 60 seconds so that eased any nerves! 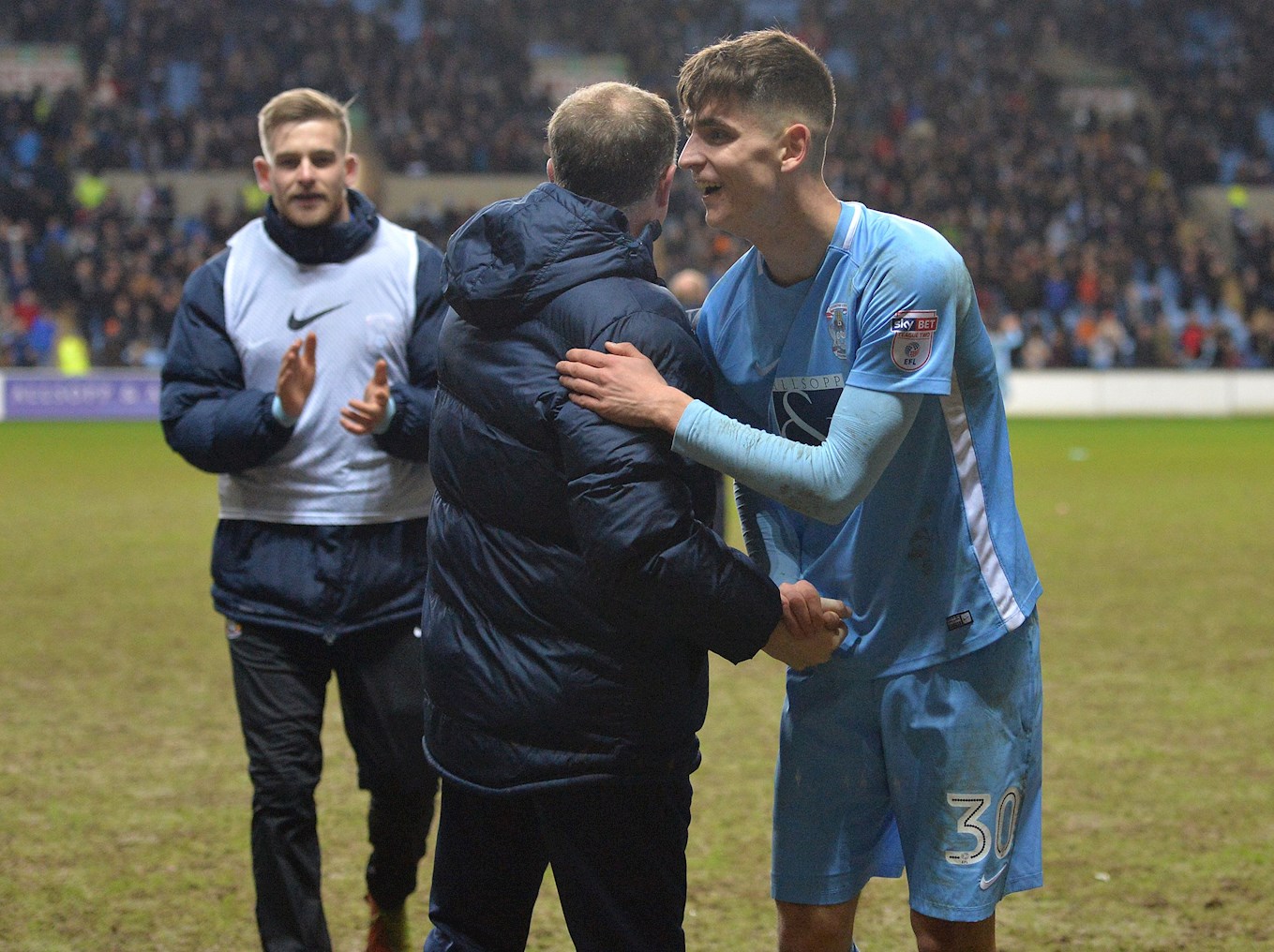 There are two. Winning at Wembley for Coventry against Exeter – Exeter had Jordan Storey and Jayden Stockley in their side at the time so I do like to remind them. Also being called up for England Under 19s.

‘The Man Who Can’t Be Moved’ by The Script. It was average. I do not mind a sing-song, but I am not a performer!

Work hard and be confident in your own ability.

It has to be Jason Farndon at Coventry. He was my mentor and saw me through from U16s until I signed for PNE when I was 20.

I like watching Suits on Netflix so I like the idea of being a lawyer. Absolutely no idea whether I could do it or not!

More Quick-Fire Questions are on their way, with the likes of Ched Evans and Paul Huntington coming very soon on PNE.Com.