We're now over halfway through putting our Quick-Fire Questions to members of the PNE squad, and up to face them this time around is Paul Huntington.

Known as 'Hunts' or 'Cumbrian Cannavaro' by the North End fans, the defender has endeared himself to the Deepdale faithful throughout his near-decade at the club.

But supporters may not be so aware of his life away from the Lilywhites, so we delved a little deeper into his early career.

Going to the summer soccer school camps in Carlisle when I was around eight or nine.

I went to a few soccer schools and got asked to join a team called Yewdale Pegasus.

I slowly moved back from being a striker at around 13 or 14 years old due to my height!

I think it was a Manchester United home shirt with ‘SHARP’ as sponsor when I was five. It was random as I didn’t support them! I also had a Romario No.10 Brazil home shirt. I loved it.

I followed Newcastle after signing there at ten years old.

I had groin/hernia problems at Leeds United which kept me out a while. That was a frustrating time as I’d never had anything like that before. 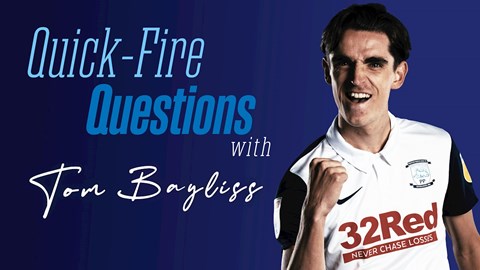 My pro debut was for Newcastle at Blackburn. I came on for the last ten minutes at 2-1 up. I was nervous and cleared a corner which Brad Friedel came up for and we broke to score the third to win 3-1. I sprinted the length of the pitch to celebrate.

My full debut was at Chelsea four days later. We lost 1-0 and Didier Drogba scored. I found out I was starting the afternoon of the game which was probably for the best!

Promotion with PNE at Wembley and the last five and a half years in Championship.

What’s the best advice someone has given to you?

Love the game, not the image of the game (Glenn Roeder, my academy manager at Newcastle).

Give it everything, listen/learn and enjoy it!

Not sure, something involving sport.

We still have plenty of our first team to put under the spotlight, with Sean Maguire the next to answer our Quick-Fire Questions on PNE.Com.