Given his reduced pre-season schedules with Celtic and the cramped Football League calendar over the past 18 months or so, Scott Sinclair is making the most of his time off before returning to training.

The PNE squad haven’t trained at Euxton since their final game of the season at Nottingham Forest on 8th May and won’t be back in training until the beginning of July.

Sinclair, a father of three, is using the downtime to spend time with his family before he switches his focus back to football in a month’s time.

“I’m really enjoying it,” he told PNE.Com. “I think it’s the first time I’ve had a first real proper break, six or seven weeks off, because the years before when I was at Celtic you only had three weeks off because we were qualifying for the Champions League so we had to be in early. 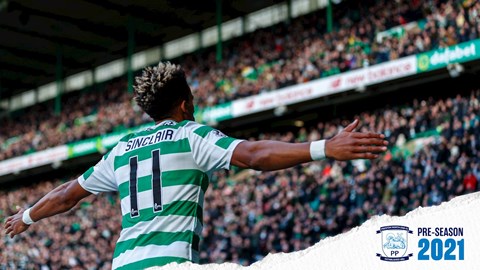 “So to get this amount of time off has been great, spending time with family and friends. The only thing is we can’t get abroad too far, so I think we might end up going to Portugal in the next week or two before we go back. It’s just nice to spend time with family and catch up with some friends.

“The first couple of weeks that we’re off you can fully switch off and just sort of relax because the way we train every single day is intense and game after game, and with Covid hitting, it’s carried on for one long 18 months. So it’s nice to have a break, and I’m sure everyone will be refreshed and ready to go.”

Last year’s gap between seasons was a brief three weeks, much shorter than usual given the disruption to the 2019/20 season amid the coronavirus, in which clubs went over three months without a fixture.

The squad were still in training at that point though, albeit mainly over video conference calls, so it has been a while since players got a prolonged period off.

Scott added: “Previously with Covid it was up in the air not knowing if you’re coming back in. The season was going to finish or it wasn’t so mentally it’s nice to just switch off knowing that you’ve got a date to come back to, to kick on and to make sure we do as well as we can for the new season.

“I can’t wait [to get back]. When you have time off it’s brilliant, like I said spending time with the family and the kids and friends, but you do start to get back into it a couple of weeks before.

“Getting back to your team-mates and everyone getting a catch up is great, so it’ll be good to start the work when we get back.”