Sepp van den Berg says he’s looking forward to being reunited with the PNE squad and coaching staff after sealing his return on a season-long loan from Liverpool.

Sepp van den Berg says he’s looking forward to being reunited with the PNE squad and coaching staff after sealing his return on a season-long loan from Liverpool.

The 19-year-old spent the second half of the last campaign at Deepdale, featuring 16 times, and he spoke openly about his wish to come back to the club again for the 2021/22 season.

PNE shared those hopes and, now that the deal has been confirmed, Sepp is excited to get back to England to join up with his team-mates.

Speaking to iFollow PNE via Zoom, Sepp said: “I’m very pleased. I said it last season at the end that I would love to come back and I was really happy it worked out. I’m just looking forward to playing a whole season now and playing from the start.

“Hopefully I’ll see the fans very soon and of course see the players and the staff again. I really enjoyed last season so I’m just really excited for the upcoming season.

“The players who were there last season, I liked every one of them, so coming back now and knowing most of them is really nice. Especially for a loan player who comes in, of course it’s always new, but now I come back for the second year and knowing the staff and most of the players is just really good. It gives you a good feeling straight away and really helps, so I’m happy with that.”

Sepp started his senior career early in the Netherlands before moving to England to join Liverpool in 2019, where he has made four appearances in cup football, while most of his time has been spent with the U23s.

His loan at PNE last season was his first experience of league football in England, but the defender never looked out of place, even playing out of his more natural position of centre half.

“It was tough,” he added. “Coming from Holland to Liverpool was a big step and playing in the Championship is hard. It’s really physical, really quick as well. I’ve been running a lot on the right wing at right back, but it’s been really good.

“I feel like me developing as a player has been really good. I’ve played most of the games since I joined so it’s been a good step and now with this season I just want to continue with what I was doing and hopefully do even better.

“U23s football is good as well but I felt like I needed that other step. Championship football is, in my opinion, a very good league and very hard football, so playing regularly here every weekend, every game basically, was really good for me so hopefully I can do the same this season.

“Last season I really enjoyed playing right back to be fair, even right wing back. Like I said last season, it developed me as well, helped me more one-v-one and more attacking wise, but I would love to play centre back more this season just to show everyone I can play there as well. I will try to impress the gaffer and hopefully he will play me centre back this season.”

When fans will be allowed to return to stadia remains to be fully confirmed by the Government and local authorities, but Sepp is hoping he will soon be able to introduce himself to the PNE fans, who have so far only watched him from their sofas.

He said: “I haven’t seen one fan. Since I came the stadium’s been empty so I’m just looking forward to seeing people in the stadium cheering us on.

“Of course the dream is as many people as possible, but let’s just wait on the new rules to come in, but I’m really excited to see them.”

Hear more from Sepp about pre-season and the permanent appointment of Frankie McAvoy by clicking play on the video above. 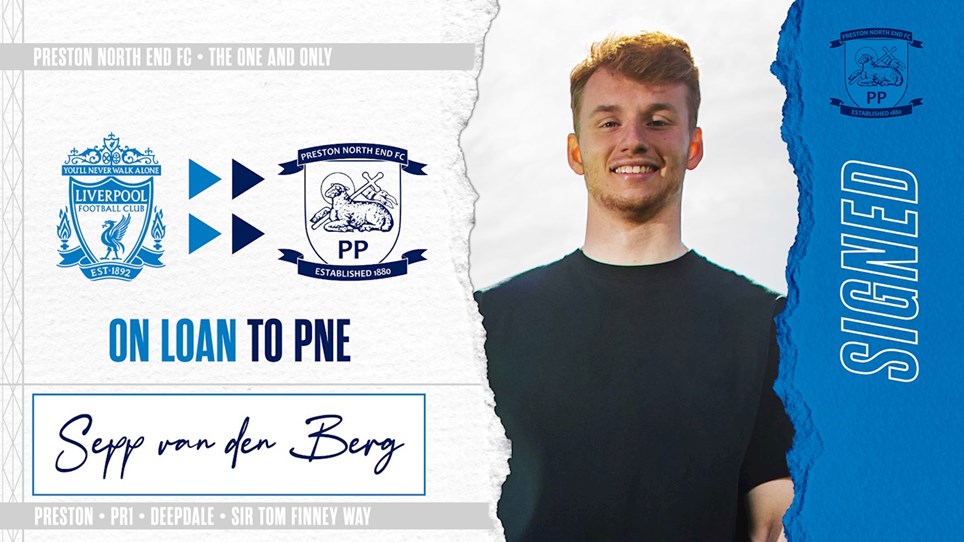 
Preston North End are pleased to confirm Liverpool defender Sepp van den Berg will return to the club on a season-long loan. 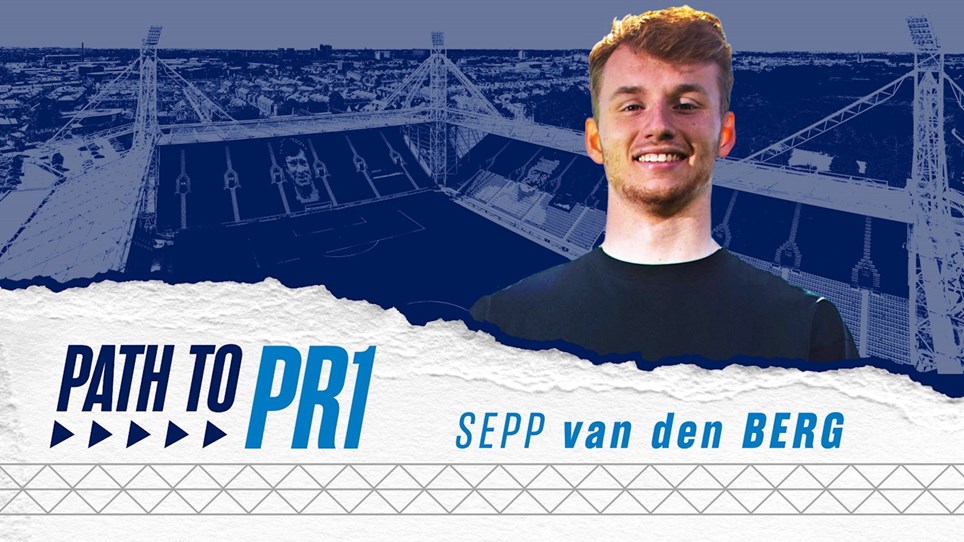 
Sepp van den Berg was quickly somebody who caught the eye of Europe’s biggest clubs when he came through the ranks at PEC Zwolle in the Netherlands.