A Foot In Both Camps: Keith Keane

To look ahead to the Lilywhites’ match against Luton Town this weekend, iFollow PNE caught up with a former player of both clubs, Keith Keane.

To look ahead to the Lilywhites’ match against Luton Town this weekend, iFollow PNE caught up with a former player of both clubs, Keith Keane.

The 34-year-old is now retired, but he spoke from home about his time at both clubs.

He joined his hometown team at the age of nine, going on to play for them in four different divisions, amassing nearly 300 appearances across nine seasons, before joining the Lilywhites in the summer of 2012, under Graham Westley.

He went on to make 77 appearances in lilywhite under the former PNE boss and then Graham Westley, before a series of loans and then finally moving on to Cambridge United in the 2015/16 season.

Reflecting on his time at the Kenilworth Road club, he has many happy memories: “I was there from when I was nine-years-old. I made my debut at 16, was lucky enough to captain them when I was 21, left when I was 24 – had some great times there, won a couple of things – League One and the JPT.

“I endured some bad times as well, but sometimes there is nothing better than getting to play professional football for your home town team and I thoroughly enjoyed my time there.

“When you are growing up as a kid in Luton a lot of your friends support the Premier League teams and it is not until you grow up that you actually realise that the big teams fade away and you start to understand the support network that Luton have had.

“It is a small town, but it has a massive fan base for the size of it and you only grasp that when you start playing and get older.” 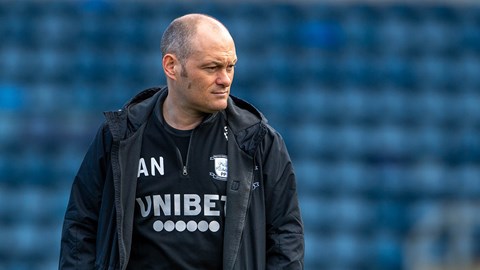 His move to Deepdale and away from the town of his birth was one that must have taken a lot of thought?

“Truth be told, it was tough in the sense that I would be moving quite far away from home, where all my friends and family were, but it wasn’t that difficult a choice.

“Preston is a huge club, great facilities, an amazing stadium, also with a massive fanbase. They were in League One at the time and Luton were in the Conference and if I really wanted to improve and test myself, I had to play higher again.

“It was a no brainer at the time, so, on the whole, football-wise, it was an easy decision. All a fan ever asks for is you give 100 per cent and that’s all I ever did and I am glad some of the fans enjoyed my performances.”

Two of his squad-mates at Deepdale, Paul Gallagher and Paul Huntington have this season gone past 300 games, something he was close to for the Hatters and he feels that when that is the case, the club becomes your family.

“You just become part of the furniture. It just becomes part of your every day life, going in, seeing the same faces. It is a really nice feeling; you enjoy going to work and it is good to have that feeling, especially at good clubs like Preston and Luton. 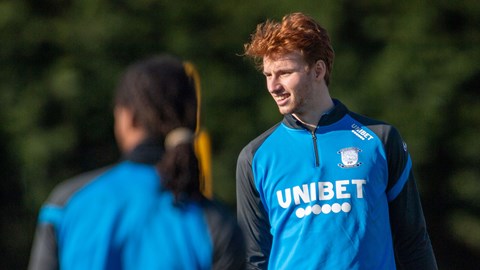 “They are family clubs; but you only get to stay there if you do well – like Gally has, like Hunty has – so fair play to them, they have put in their performances and they are still going at it. I am sure they are enjoying every moment they are there.”

There’s loads more from Keith in the video above, as he discusses his screamer against Portsmouth, his thoughts on the weekend’s game and how life is after retirement – just click on the video at the top of the page to watch the full ten-plus minutes.