Back in September 2001, a brilliant first half performance saw the Lilywhites blow away the Canaries at Deepdale.

Under the floodlights, PNE striker Jon Macken signalled his return to scoring form as Norwich's hopes of going top of Nationwide Division One were left in tatters.

Macken showed the skills that Deepdale fans enjoyed, but credit was also due to team-mates like David Healy who also put in a fine performance.

The Canaries needed to win by a six-goal margin in order to take Burnley's top spot, but it was North End who seemed more likely to bag half a dozen.

A penalty decision after only 32 seconds put the Lilywhites on their way. Craig Fleming fouled stand-in skipper Mark Rankine in the area when he sought to profit from Rob Edwards' searching pass.

Defender Graham Alexander made no mistake from the penalty spot on 64 seconds.

Fleming then lost out in a challenge with Healy after 14 minutes and Healy's pass down the middle found Macken who chipped a delightful shot into the top of goal.

The Canaries' best chance was when Iwan Roberts found space on the edge of the area to knock in a cross and Darren Kenton's speculative header went over the crossbar.

Marc Libbra also wasted a couple of opportunities, one a miskick from close range, but North End could have notched up half a dozen goals in the first half.

Macken showed more of the skill that has made him a highly-rated striker, while Healy and Paul McKenna also threatened to inflict damage.

Keeping up the pressure, they put a third past keeper Robert Green on 32 minutes when Healy's pinpoint cross close to the line was met with a Rob Edwards header. 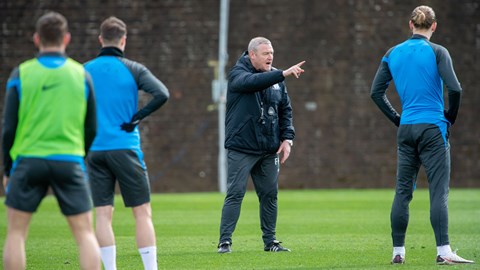 The result was Edwards' second goal in two matches after 66 without scoring for the defender.

Norwich's misery was compounded when Macken slammed in a strike from ten yards after a one-two with Healy on 45 minutes.

After the restart Steen Nedergaard had a shot blocked by Teuvo Moilanen's legs, while at the other end Richard Cresswell was denied by the post.