It is also ten years since this remarkable game between the Lilywhites at Chairboys under the floodlights at Adams Park.

Neil Mellor struck midway through the second half to earn Preston North End a thrilling 4-3 win against Wycombe Wanderers at Adams Park, with an impressive fightback.

The visitors - who climbed to second with the win - started brightly with Mellor poking home his first from close range after seven minutes before unselfishly feeding Iain Hume two minutes later to tuck the ball under Nikki Bull from ten yards.

The Chairboys responded almost immediately and former PNE star Gareth Ainsworth swept the ball home from two yards in the 12th minute after a fumble from Andreas Arestidou.

The turnaround was complete in the 27th minute when Donnelly's inswinging corner was headed home at the near post by Stuart Beavon to give Wycombe the lead at half-time.

But Phil Brown’s side came out re-invigorated after the break, as Hume raced clear of the Wycombe defence and delicately chipped over the advancing Bull for his second to level for North End after 64 minutes

And the game was won when Mellor smashed into the roof of the net for his seventh league goal of season 17 minutes from time, with the visitors making it seven league wins in a row. 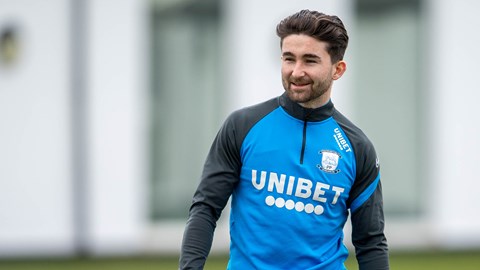 After the game, then Wycombe manager Gary Waddock said: “I'm very pleased and proud of the performance, but frustrated that we've not got anything from the game.

“In many ways we made our own downfall, we needed to defend better, especially when we had the ball in their half of the pitch or when they catch us on the counter attack.

“We've had a few chances to put the game further away from Preston, didn't take them and got punished.”