Preston North End manager Alex Neil says that anything on the periphery should not concern his side as they focus on the visit of Luton Town to Deepdale this weekend.

Preston North End manager Alex Neil says that anything on the periphery should not concern his side as they focus on the visit of Luton Town to Deepdale this weekend.

Speaking to iFollow PNE ahead of Nathan Jones and his Hatters’ arrival in PR1, the PNE boss said that a clarity of mind on the game and within the game were important.

“We just have to focus on the next game; there is nothing else for us to think about,” he said. “We have to take care of our own business and we need to go and try and win the next game and focus on that - that’s the only thing that matters.

“Sometimes you can concentrate on little bits of things that don’t concern you around the periphery, but the only thing that matters is the next game.

“What we need is each and every individual player to do their job and they do that we will be fine.

“It is when you have lapses in concentration, or you make a mistake, or you don’t get the better of your man, or you don’t use the ball well enough, or you lose that key header; when you add them up across the group, if you aren’t coming out on the right side of those moments – whether it is a battle or a pass, it all adds up and then it is difficult to go on and be successful.

“There have been games this season where we have won all those battles – we have won our tackles, we have executed that pass and we need to make sure that we do that as often as we possibly can.” 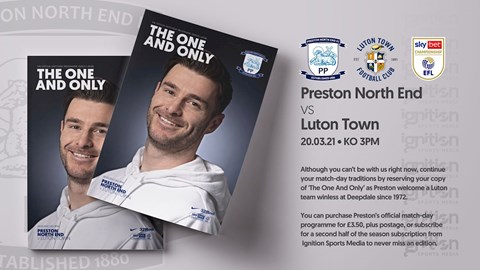 The visitors sit just ahead of North End in the table and the manager has been impressed by the performances and recruitment of Nathan Jones and his team.

“They are three points ahead of us; he came in and did a fantastic job at the end of last season to keep them in the league, has made some very good signings this year and they are stronger this year in terms of the group,” he continued.

“Nathan has done a really good job there. They are tough opponents. The game down there was a low point for us this season in terms of how we performed and they were very good.”

The game is the last of a long spell without a break and it precedes the international weekend. And Alex would like to go into that almost two week gap on the back of a positive result – albeit performance is not as important at this stage of the campaign.

“If we can go and try and get a good result out of this game, it means we can go into those two weeks with optimism and try and look forward to the remaining eight games.

“We have got a really difficult few fixtures after the international break, but they are all difficult at this stage of the season for different reasons and we have arguably played some of our better stuff against the better teams.

“This game is a really important one, as are the rest of them, but we need to go and try and get something from it. 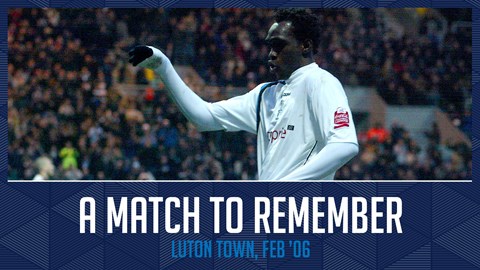 “When you hear anyone talking about it at this stage of the season, it is about the result.

“Performances are secondary currently to getting those points. Whether you are fighting at the top end, the bottom end or to keep your season alive or just to gain a bit of form, points are the be all and end all,” he added.