Alex Neil On Tough Decisions Ahead Of Lions Trip

Preston North End manager Alex Neil admits he will have a tough decision to make when it comes to naming his team for Tuesday night’s trip to Millwall.

Preston North End manager Alex Neil admits he will have a tough decision to make when it comes to naming his team for Tuesday night’s trip to Millwall. 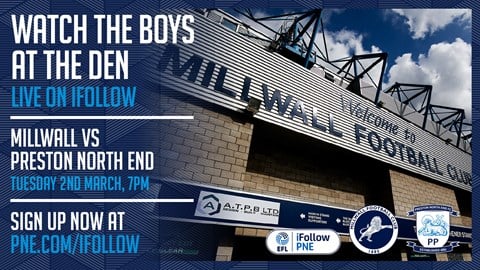 The Lilywhites boss has gone for the same 20-man squad and starting XI for the last two games and after back-to-back clean sheets and four points, it would be easy to say ‘go again’, but fatigue will also be a consideration.

For the third consecutive week, his side play weekend-midweek and therefore he is aware that to keep the aggression and high levels up, there is a lot to consider.

“It is easy if they have enough rest and break in between,” the gaffer told iFollow PNE. “The difficulty is that my job is to pre-empt before they get tired – because if you keep rolling the same team out, there is going to be a time when the energy levels aren’t there, the aggression isn’t there and what I have to do during the week is pre-empt that before it comes, which is not easy, because you are damned if you do and damned if you don’t.

“If you put the same team out and they are a little bit fatigued and they lack that aggression, then you should have freshened it up and if you change the team and you don’t win, then that can be thrown at you too.

Opponents Millwall, and their manager Gary Rowett, have been difficult to beat this season and Alex believes that an understanding of what he expects from his players is helping, as well as some positive recruitment.

“What he has done is take a few players he has worked with in the past, which will help him and it will help them, as they will have an understanding on how he works,” he continued.

“Equally they have signed some players who have come from big clubs; the likes of Woods, Malone – who has been promoted out of the division – and George Evans, so a lot of the signings they have made have been strong signings. 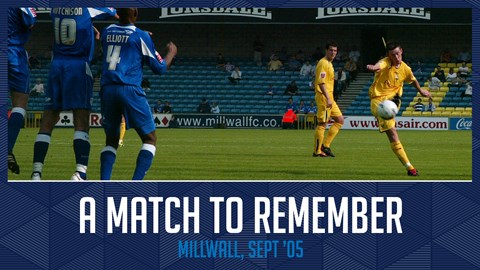 “[Kenneth] Zohore was someone we were looking at, so Gary has been backed in the recruitment they have made; he has a strong unit there and you can certainly see that he has put his imprint on the team.

“[Ryan Woods] is that sort of midfield pivot. He wants to sit in there, break the play up and if they are going to link through anyone, it is generally through him.

“His role has not really changed; irrespective of what team he is playing for, he does largely the same job, but they have good options and good balance.

“The last game they went with two quick strikers; they have Smith who is really effective as that target if they need to turn it, they have Bodvarsson who is a bit of both; Wallace who can feature in a number of positions, Bennett is the same. They are very versatile, have a lot of running power, very aggressive, good on the counter and a strong team.

“They have been hard nut to crack for most teams who have tried to beat them this year.”

He also says that they are very adaptable and he must have his own side prepared for a number of alternative approaches from the Lions: “What they got, because of their personnel, is two very different methods. Smith, in terms of a substitute coming on, late in games, is a great tool to have, because if you are not leading a game and teams naturally sink deep to defend their goal and protect what they have got, he is the last person you want flinging the ball into the box to.

“He is six foot four or five of pure power. They have got different methods of how they can damage you and if one is not working, they can quickly alternate to the other, so it makes them a dangerous team, as it is hard to prepare for every eventuality,” he added.