Alex Neil: “We Deserved The Point”

Alex Neil felt his Preston North End side deserved their point against AFC Bournemouth as Daniel Johnson’s second half strike sealed a 1-1 draw against the Cherries. 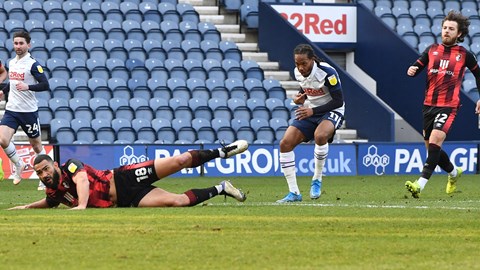 The manager admitted that his side needed to do better in the first half, but was pleased to see a much ‘stronger’ display from the team after the break.

Speaking to iFollow PNE post-match, Alex said: “First half we didn’t do well enough, I thought we were too deep. I thought we tried to apply pressure, I thought we actually started okay for ten minutes, and then after that, I just thought that we sunk off.

“[Dominic] Solanke was too active in the game in terms of taking 40 or 50 yard passes in. The difficulty you’ve got with your midfield when you want to squeeze the game is the fact that the ball keeps turned that side, they’re picking it up and it’s a problem.

“That really was the platform for us to give ourselves an opportunity, get something out of the game. I think our second half performance was a lot, lot stronger and I thought for that performance, I thought we deserved the point out of the match.”

Daniel Iversen made a number of impressive saves in the first half and the manager had high praise for the No.22.

“In terms of shot-stopping, he’s excellent. He makes point-winning saves, because we have collected points over this period that otherwise we might not have if he hadn’t made those saves for us. He’s an excellent goalkeeper.” 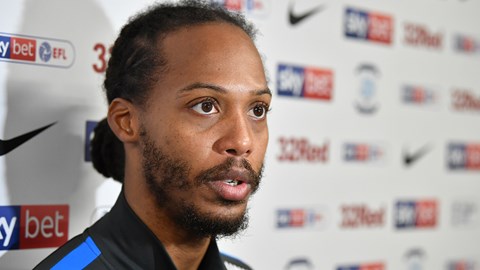 Alex was also pleased with the coolness of Daniel Johnson to slot home the equaliser and felt the goal had been coming for his side.

“That’s why DJ is in the team, he’s got that quality. What he does when he steps in, he just strokes it into the corner and finds the corner rather than I think a lot of players would put their laces through that and hope for the best.

“I thought we got into good areas. Ben Whiteman plays a fantastic pass through for Ched, he had a good opportunity with a volley, and Ben has a good chance, I think Sean sets him back and Begovic tips it over the bar.

“We were certainly threatening up to that point before we scored, it was one of them ones where you could feel the momentum building for us, we looked as if we were the most likely team to score. That allowed us to get the goal, which I thought we deserved. It was a good point for us.”

Now the boss is pleased that he will have some time to work on the training pitch over the coming week, their first free midweek for a month.

“To be fair to the lads, they’ve gave us everything they’ve got. This week in particular is a welcome week for us to get a bit of rest, a bit of work into them, and hopefully try to get some players back available that haven’t been.”

Watch more from the manager by clicking on the video above.