Alex: “We Didn’t Do What We Knew Was Coming”

Alex Neil was disappointed that his Preston North End side failed to deal with the threats they knew Millwall possessed, as Mason Bennett’s late strike gave the hosts the win.

Alex Neil was disappointed that his Preston North End side failed to deal with the threats they knew Millwall possessed, as Mason Bennett’s late strike gave the hosts the win.

Ched Evans had opened the scoring for North End in the first half, and the manager felt his side ‘got the balance right’ in that opening period before a more disappointing second half. 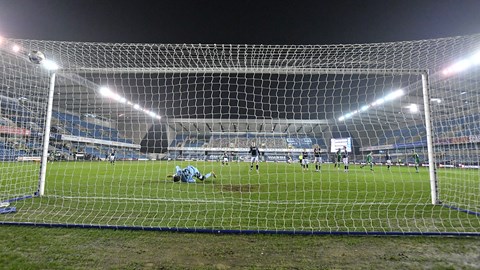 Before then, the hosts equalised through Scott Malone’s long range effort – a goal for which Alex accepted responsibility, while adding it was a strike of great quality.

He told iFollow PNE: “The game is exactly as we expected, exactly as we spoke about. I thought first half, we got the balance right.

“We turned the ball when we needed to, I thought that we turned it with a bit of quality, gave Ched the chance to keep it alive, scored a great goal, looked threatening on the counter on a few occasions, and defended, in the main, really quite well.

“Their goal, to be fair to them, is a moment of quality. They get out one side a bit too easily, but I’ll take responsibility for the first goal because I’ve told the lads to defend deep and don’t get done in behind and that’s what they did and the lad smashed it in the top corner. They followed my instructions for that, so that’s fine.

“It’s disappointing to score but at the end of the day, it’s a strike worthy of a goal. When you concede those types, they’re easy to accept because you look and think, ‘That’s a great strike from the lad,’ – he’s put it in the top corner, fair play.”

But the gaffer felt his side’s attempts to play in behind were less affective then their hosts’ efforts after the break. 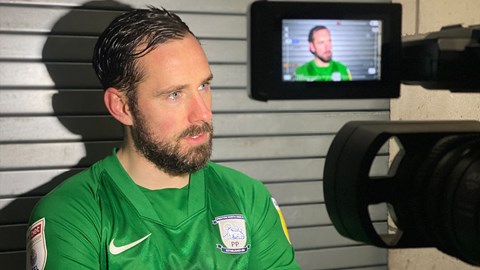 Greg On A ‘Hugely Frustrating’ Night

“I think the second goal, or the second half, is disappointing because we knew it was going to be scrappy, we knew it wasn’t going to be a beautiful game – the pitch wasn’t great. Both teams at the moment want to turn the ball forward and play in the opposition’s half.

“We literally played in front of them second half. Like the first goal, I told [the lads], ‘Defend the space in behind us, don’t get done,’ and the second goal, we get lobbed and they get in behind and score. That cost us the game.

“We should have come away with a point tonight and we didn’t because we didn’t do what we knew was coming, we didn’t do it well enough on a couple of instances and it’s ultimately cost us the game.”

Alex agreed that his youthful side – which included Academy scholars Joe Rodwell-Grant and Lewis Leigh on the bench – will need to learn from the defeat as they prepare for a different kind of test from the visit of Bournemouth to Deepdale on Saturday.

“We had a young team particularly tonight, we missed Alan [Browne], Jay came in and I thought he was good, a lot of energy, got about the pitch, made a lot of tackles. We’ve got a lot of young players in our team. I just felt we lacked a little bit of experience in crucial areas at times.”

Speaking of Leigh's and Rodwell-Grant’s inclusion, the manager added: “He’s [Lewis Leigh] deserved it, he’s come up and he’s trained well with us. I think it shows that we’re light at the moment. We’ve got young Lewis on the bench, we’ve got Joe Rodwell-Grant on the bench as well, who are two young kids.

“Pleased for them that they’re involved and they can feel what it’s like to be part of the first team set-up. That’s something we’ve always tried to promote and get the young lads in as quickly as we can, it’s good for them.”