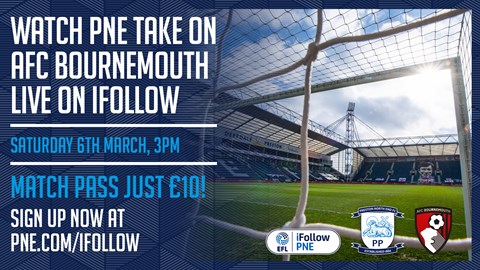 The Lilywhites’ No.17, who has already started ten games since his January arrival from Doncaster Rovers, admits that facing the Championship’s so-called big teams is a challenge he was looking forward to.

And in that test he will face up against former Manchester United and PNE team-mate Ben Pearson, although he says that any friendships will be forgotten come kick-off.

“There isn’t going to be one person that we are going to be focusing on for their team; Ben has moved on now and we will look at all their team,” he told iFollow PNE.

“There are no friends on the pitch; you speak to them before and after the game, but when you cross that white line it is about winning three points and putting in a performance.

“Ben had a great time here and is well respected, but once you cross the white line it is the past. 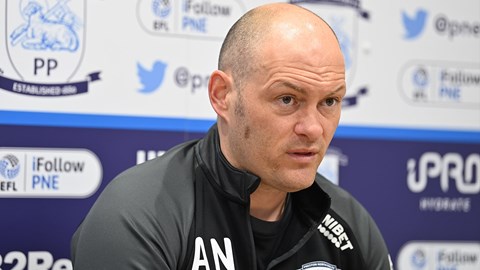 “You relish and look forward to testing your capabilities against teams like that and I am looking forward to the game. I will rest, recover and hopefully put another good performance in.”

The last of seven games in just 22 days has taken its toll on the North End squad and he adds that the mental side has been the hardest for the group, as they prepare for the match with Jonathan Woodgate’s side, as well as the difficulty building partnerships, with so little time on the training pitches.

“The mental side of it is the hardest, the physical side you can get used to; Saturday-Tuesday is the regular thing this season, so it is more the mental side,” he continued. “It was a late night coming home from Millwall, but we are back in today, get refreshed and get ready for the weekend.

“The disappointment of the fixtures is that we haven’t had the time to get used to each other on the training pitch.

“I have been here a little bit longer than some of the others and it has probably been a little bit difficult for them to get in; they have been straight in at the deep end and asked to go and perform in Championship matches. On the whole we have done that, but mistakes are costing us at this particular time.

“We are building relationships and learning about each other in the matches. Ledo [Ryan Ledson] has been missing of late and for me and him it was a case of building relationships in games, we didn’t have much time to do it on the training pitch and he has been a massive miss, with the way he plays the game and his competitiveness.

“It is hard; you have seen Sepp come in and do well and Jordy [Jordan Storey] wasn’t playing too much when I first came and then you have Jayson and Anthony Gordon, who have all done well and it is now a case of picking up some results.” 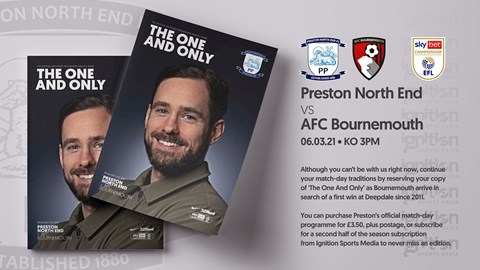 And the fact that every opponent is very different in style also makes it difficult to get enough time to prepare, with Bournemouth the antithesis of Tuesday’s hosts Millwall, in terms of their approach to the game.

“Every game is tough in this division, no matter the opponent. Millwall were quite direct, trying to win seconds ball, but Bournemouth play their way out.

“With their new manager, they have decided not to risk the ball in defensive areas, which we have seen, which is change from them in terms of the way the new manager wants to play and it should make for a game.

“We are a transition team; we have players at the top of the pitch with pace who can hurst people, but we showed in the first 30 minutes the other night that we are good on the ball, but it is a case that we need to create chances and put them away and I don’t think we really did that from 30 onwards,” he added.

There’s more from Ben, as he discusses what Ched Evans has brough to the side and how the frontman competes to take the team up the pitch, just click on the video at the top of the page to watch the full interview with the January transfer window recruit.