Daniel Johnson: “It Is A Fresh Start For Everyone”

Preston North End’s Jamaican midfielder Daniel Johnson says that the squad will all be looking to put their case forward for a starting place after the change in management at the club.

Preston North End’s Jamaican midfielder Daniel Johnson says that the squad will all be looking to put their case forward for a starting place after the change in management at the club. 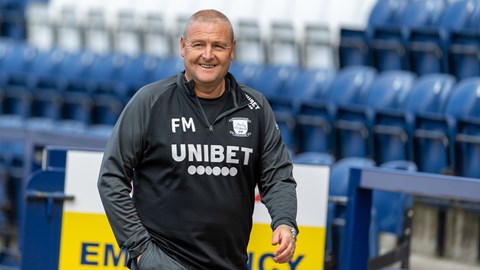 Frankie McAvoy: “It Is A Big Opportunity”

The Lilywhites’ No.11 spoke to iFollow PNE after the first training session under interim head coach Frankie McAvoy and admitted that everything felt a bit ‘sore’ after the departure of Alex Neil as manager, but the team had to look forward.

“It is a fresh start for everyone,” said DJ. “Everyone this season has been given an opportunity to put their case forward, but it has not been good enough.

“The team has chopped and changed a lot, more this season than any other season, and it has not been good enough, so it is a fresh start for everyone.

“These next couple of days are going to be sore, but come the start of next week, we have to put it aside and just focus on these remaining eight games.

“As players, it is easy to point the finger, but if you are honest with yourself, you look back on what part you played and what you could have done better yourself.

“I feel that us as players should have done a lot more and we have to take responsibility for our previous results, because they have not been good enough.

“You have to then draw a line in the sand, because it is the domino effect if you just let it plod along; you have to put it behind you and look forward to the next game and that is what we are going to do.”

And he says the dressing room must be united in its aims over the coming weeks: “Everyone has to put their ego aside and pull together, because at the end of the day, it is only us that can fix this.

“We have to take these last eight games, game by game and pick up as many points as possible.

“I have a part to play, but not just me. There are a few lads with a lot more experience than me; Greg, Ched, Hunty and the likes of Ledo - who is big voice in the changing room - but myself and the rest of those lads, we have a responsibility while Browney is away and when he comes back, he will have his say and from then, we all have to crack on.”

The first session was a new experience for last season’s player of the year and he says he will trust the path laid out by the new coaching team.

“The shackles are off, for everyone, but more so for the lads who have not really played much, it is a new start for them – it is their opportunity to show what they can do – it is the same face, but it is a different mentality,” he continued.

“Frankie has taken over now and I have all faith and trust that he is going to do a really good job and hopefully we can go out there and pick up as many points as possible.

“Even on the training field today, we did a session that personally I have never done before. It was very different, so you can obviously see that he has his own ideas.

“When you are a manager and you make a final decision, it is up to your staff to back you up and go along with it, but he is going to have his own ideas as well and it is up to us to buy into it, to trust it and to go out there and perform.”

And with ten days before the next game, against runaway league leaders Norwich City, Daniel says that it is now tunnel vision on the Canaries and it is a game that everyone is excited for.

“These are the games that we look forward to; I’m not saying we don’t look forward to every single game, but it is a weird feeling when you are coming up against opposition like Norwich.

“We are going to look forward to the match – we are going to take them game by game and hopefully we can pick three points,” he added.