Alex Neil said he was ‘disappointed more than anything else’ as his Preston North End side lost 1-0 to Wycombe Wanderers at Adams Park. 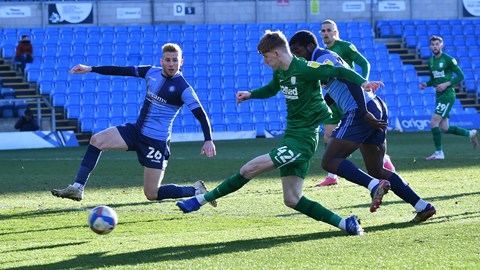 North End could not fight back from Ryan Tafazolli’s first half header despite an increased threat in the second half, which saw chances for substitutes Brad Potts and Anthony Gordon, among others.

Alex told iFollow PNE: “I thought that we lacked any sort of passion or fight or desire in the first half to go and do what you need to do in these types of games. We knew it was coming but we just didn’t do anywhere near well enough.

“I thought we were second best, I thought they picked up more balls than us, they were more direct than us, and to be honest beat us up at times. Even the goal, we got two warning signs for it, I thought we should have dealt with it better.

“I’m disappointed more than anything else, I think anger and all that, I’m past that stage in terms of the performance today because it’s probably the first time I looked at the team and I thought they lacked fight, and that’s worrying.”

The gaffer felt his side were improved after the break but said things hadn’t been good enough in the opening 45 minutes.

“I thought second half to be fair, I thought all the changes made a positive impact on the game. I thought we got about the pitch more, showed more desire, showed more urgency. We had a couple of opportunities, we just didn’t really do enough. 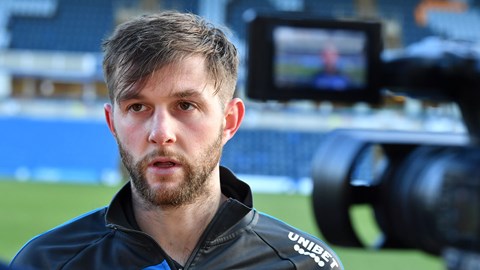 “When you give a goal head start to a team, we’ve found it difficult enough when we concede a goal to try and get back into it, never mind not competing for 45 minutes.

“I can’t really give you a description or an understanding of why, it’s just that it’s a sore one at the moment. My teams since I’ve been here for quite a while, I thought we were unrecognisable if I’m being honest first half.”

Alex spoke of the qualities he felt were missing from his side’s display in the first half.

“I think as a player, having been there myself, having been on the end of not playing well and the other guy getting the better of you, it’s not a nice feeling, it’s a sore feeling.