Brad Potts was frustrated by Preston North End conceding the first goal in unfortunate fashion after making a strong start against Middlesbrough at the Riverside.

Brad Potts was frustrated by Preston North End conceding the first goal in unfortunate fashion after making a strong start against Middlesbrough at the Riverside. 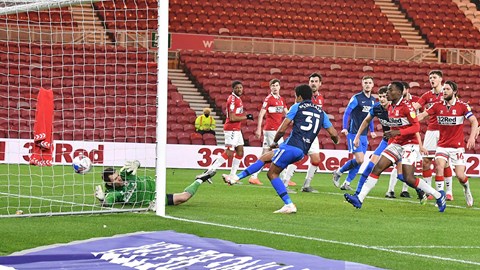 Jordan Storey inadvertently turned a Yannick Bolasie cross into his own net midway through a first half which otherwise gave plenty of cause of encouragement for the visitors, until Alan Browne was controversially sent off for an off-the-ball incident with Sam Morsy after 36 minutes.

And speaking to iFollow PNE after the game, Potts felt North End had performed well in that time, but rued seeing the first goal favour the home side.

“The first 36 minutes, I thought we were really good, we were threatening. What we’d been working on, we had it down to a tee really and it’s just so frustrating to concede the first goal because everyone knows in the Championship games, the first goal is massive.

“Within five minutes of the first goal then, it’s just about game over after going down to ten men. It’s really frustrating.

“We had kept them quiet. The game plan was going well and I think if anyone was going to score, it was us. We just need to get that first goal and then it would be so different.

“It’s so frustrating because we knew tonight was a big game and we wanted to win and obviously we didn’t pick up any points. It’s frustrating for the lads.”

North End went close immediately before and after the own goal – Sepp van den Berg almost netting a 20-yard scorcher but for the crossbar, and Scott Sinclair having a goal chalked off for offside within 90 seconds of the restart.

On the latter incident, Potts added: “I haven’t seen if he was offside or not, but it’s fine margins that are going against us at the minute. 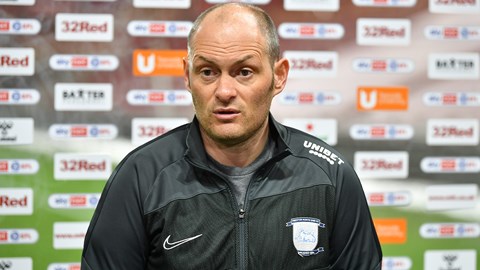 Alex Neil On An ‘Outrageous Decision’

“When things aren’t going your way, I feel like them things go against you. It’s frustrating but I feel like we’d done more in the game than them, especially first half, to be leading. The lads are really disappointed.”

The topic of the red card could not be avoided, and while Potts did not see the incident which led to Browne being given his marching orders in real time, North End’s No.44 felt sure his skipper must have been given ample cause to react to Morsy’s challenge.

“I didn’t actually see what happened, but if Browney’s reacted, there’s obviously something he’s reacted for. From what I’ve been told, if Browney goes, then the other guy has got to go. That’s out of our hands and that’s what the ref said, we have to deal with it.”

Potts felt the team applied themselves in difficult circumstances thereafter and said it is now a case of turning their attentions to the visit of Luton Town to Deepdale this weekend.

“Half-time, you’ve still got to be confident and try to keep it tight. It’s frustrating, conceding after five minutes kills the game off second half, which wasn’t ideal. But I thought we kept going until the very end.

“Tonight was a big game so not getting any points has made Saturday even bigger. We need to rest up and recover as quickly as possible and go again against Luton on the weekend.”