We’re back at Deepdale this Friday, as a new era begins for Preston North End, with interim head coach Frankie McAvoy at the helm as the Lilywhites host runaway league leaders Norwich City – his former employers.

The international break has given him the chance to work with the players over an extended period before his first game in charge, with just the suspended club captain, Alan Browne and Jayson Molumby away with Ireland during this period.

The visitors have been in fine form of late, going into the game 11 games unbeaten and look almost certainties to return straight to the Premier League, a feat Daniel Farke will have achieved twice in three seasons in they complete the job.

But the home side will be looking to cause a little bump in the road on that journey by collecting the three points as they start an Easter programme which sees games against three of the top four as opponents.

Team News
Louis Moult has returned to full training after 18 months out, although he will need to be eased back into action, having not kicked a ball competitively since the trip to Swansea in August 2019.

Declan Rudd revealed this week that he hopes to be back outside next week, whilst Patrick Bauer is back running, as both look to be ready to start full training at the beginning of pre-season.

Alan Browne sits out the second of his three game ban, following his controversial red card at Middlesbrough, whilst Jayson Molumby will return from international with Ireland on Thursday, just 24 hours ahead of the game.

Norwich City defender Ben Gibson will miss the remainder of the season with an ankle ligament injury. Gibson, on loan from Premier League side Burnley, was forced off in the 83rd minute of the Canaries' 1-1 draw against Blackburn last Saturday and the club have said that he will now undergo surgery before beginning a period of rehabilitation.

Daniel Farke had 14 players, at different levels, away on international duty this week, but he will hope Lukas Rupp, who missed the visit of Blackburn Rovers because of a hamstring injury, may have improved.

Furthermore, Adam Idah, who underwent successful hernia surgery the Friday before the break, will hope to have moved closer to a return over the two week gap, although this match is expected to be too soon for the Irish international forward. 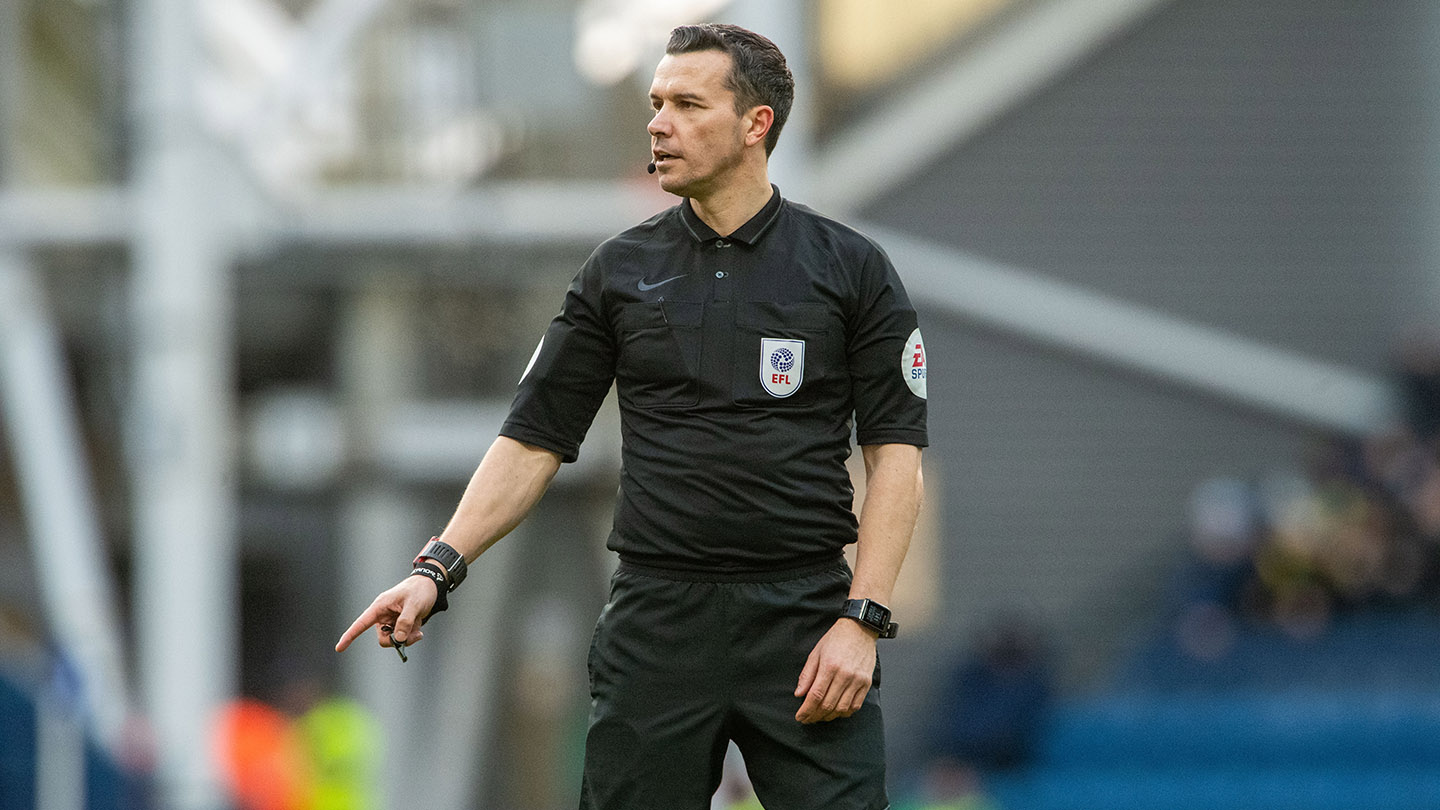 Match Officials
Good Friday’s game sees Dean Whitestone appointed as the match official, his fourth PNE game this season – but his first at Deepdale - having taken charge of the 4-2 away win at Brentford back in October, December’s trip to Barnsley and January’s clash with Bristol City.

He also refereed four North End games in 2019/20, including the home game with QPR and our home win over Charlton Athletic in late January.

The Northamptonshire official has refereed PNE games on 16 previous occasions, the first of which was at Bramall Lane back in October 2008.

He has officiated 27 games so far this campaign, issuing 53 cautions and three red cards – including Norwich City’s 2-1 win over Blackburn Rovers at Ewood Park back in December.

Linked Stories
The ‘Ultimate Pride’ For Frankie McAvoy: Interim head coach Frankie McAvoy will take charge of Preston North End for the first time when the Lilywhites line up against his former employers Norwich City on Good Friday. Click here for the full interview.

A Match To Remember: Back in September 2001, a brilliant first half performance saw the Lilywhites blow away the Canaries at Deepdale. Click here for the details.

Ryan Ledson Looking To Step Up: He may only be 23-years-old, but in his third year at the club, Ryan Ledson believes he has to try and share the burden of leadership in the dressing room. Click here for Ryan’s thoughts.

The One And Only Issue 20: This Good Friday, the cover star of the 20th edition of The One And Only is striker Ched Evans. Click here for more information and to order your copy.

A Foot In Both Camps: Preston North End’s No.1, Declan Rudd, looks back on his time with the Canaries, updates on his injury and gives us his thoughts ahead of Frankie McAvoy’s first game as interim head coach. Click here to read the interview.