Ryan Ledson Looking To Step Up

He may only be 23-years-old, but in his third year at the club, Ryan Ledson believes he has to try and share the burden of leadership in the dressing room.

He may only be 23-years-old, but in his third year at the club, Ryan Ledson believes he has to try and share the burden of leadership in the dressing room.

The former Everton midfielder has always been a bubbly character about the group and he says that after the change of manager, he has to step up, alongside other senior figures, and lead by example.

Speaking to iFollow PNE to look ahead to Good Friday’s clash with runaway league leaders Norwich City, Ryan says it is important to get everyone smiling: “I have said before, and people can probably hear me over this side of the building from the changing room, the likes of myself, DJ - Browney is obviously away - the experienced lads, we just have to get everyone smiling –there are a few lads low on confidence, so let’s get back to being the Preston North End everyone knows and loves.

“I do feel like I have a leadership role in the dressing room, particularly this season. Gally has moved into the coaching role, Tom Clarke has left, Nuge has left, so it is about the young lads coming through.

“I am coming to the end of my third year here and it is up to me to step up and be a leader, followed by the other lads. Playing games gives me that confidence, but I have never shied away from saying what I feel; I tell people if it is not right and I have high standards that I set myself and it is about maintaining them. The last few weeks they have dipped, so we need to get back to that level.”

The 2018 capture from Oxford United says a line has been drawn under what happened before, but admits that this week was about emotional progress as well as moving forward technically and tactically.

“It is important we now look forward,” he continued. “We had a couple of days off over the weekend and we are back in now, looking to get a good week’s training under our belt, focusing on Norwich.

“This week has been about emotional progress, because a few of us were emotional after the Luton game about the gaffer leaving, I know I certainly was, but now, life goes on, Frankie is in charge and I know all the lads will get behind him.

“We have eight games to show that and it is all about picking up points and staying in the Championship – that is the goal, to finish as high as we can and go into next season on a real high. 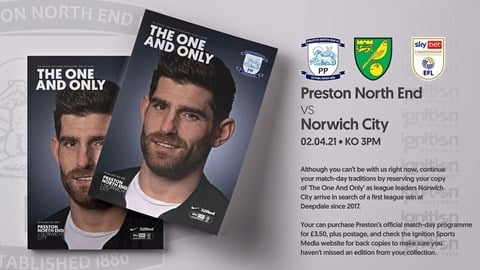 “We are low on confidence at the minute, we know that, but his job is to put the smile back on everyone’s faces and get the best out of us. We are all really good players; we are at this level for a reason and we have to show it.

“I am feeling the benefit of the break. I needed to get fully fit and a good week’s training will help me fitness wise and then, hopefully, I can play in the three games coming up this week. I am looking forward to them, looking forward to getting back out there and to picking up some points.”

The visitors have been in flying form, unbeaten in 11, but the No.18 takes confidence from the side’s previous displays against the Canaries and he is looking for a big week from the squad: “Against Norwich we have had a few decent results.

“We got a win the last time they were here, we got a draw down there earlier this year and, hopefully, we can put in a really good performance, pick up some points and get back to winning ways.

“We were disappointed to only come away with a 2-2 draw. We were dominant that day. There were fans in that day, which was a help and they scored late on, but we were really good and that was probably one of our best performances this season. Anything close to that again and we will be fine. 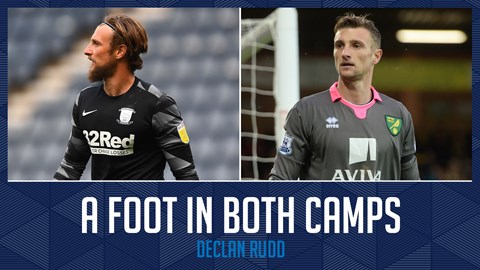 A Foot In Both Camps: Norwich City

“Playing Friday-Monday is no different to Tuesday-Saturday, but the Easter weekend is a busy schedule and we have three difficult games, but they are three games we are going to go and try and win and let’s hope we can get points on board.

“Frankie mentioned in his meeting the other day that we have eight cup finals and that is exactly what it is – it is an eight-game season to go and try and get as many points as we can and finish as high as possible,” he added.