Preston North End striker Sean Maguire returned from injury in last weekend’s draw at home to AFC Bournemouth and is looking forward to a trip to Adams Park this weekend as North End look to put right their FA Cup defeat earlier this year. 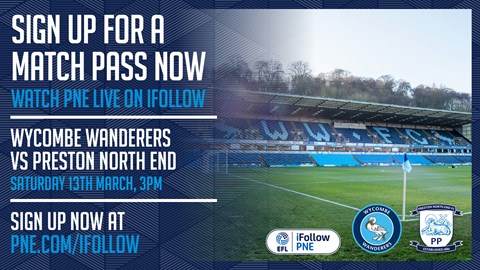 And looking ahead to Saturday’s trip to face Gareth Ainsworth’s Wycombe Wanderers at Adams Park, the Irish international is well aware that the team have to put in a better performance than the one in the Emirates FA Cup third round back in January.

Speaking to iFollow PNE ahead of the game, he said: “I don’t think that was the real us at Wycombe away in the cup. I came on for the last 15 or 20 minutes or so and it wasn’t us at all.

“We want to get a bit of revenge. The game at home was a bit of a strange game that we drew 2-2, but I felt we should have won that.

“I know they are bottom of the league, but I think they are really effective in the way they play. They can really frustrate teams and they have got a lot of positive results.

“We have to give them respect, but we have a point to prove and we have to go there and get the three points, simple as that. 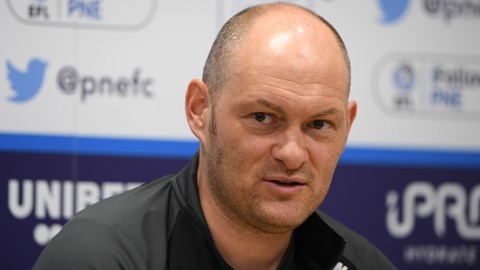 “We have to put in a performance, which we didn’t show in cup game. They came up from League One and they have proved a few doubters wrong this year, people who have said they had no chance, but they are a really effective team, but we have to go there and get the three points, because the last time out was embarrassing to be a part of and we don’t want that to happen again.”

A lower leg injury has kept the No.24 on the sidelines since the week after that ill-fated trip to Buckinghamshire, but now he says that he is feeling back to the early part of the season, before the injury started to affect him.

“The injury started to happen in early November/late October and I suffered with it for quite a while, but it started to take its toll,” he continued.

“I thought it was one of those things I could play with and it would just eventually go away, but it started to get worse and I was forced to take a bit of a break and load up in the specific area I was having an issue.

“It was frustrating to miss out for maybe six or seven weeks – I know I came back against Rotherham, but the first ball in that game, I felt it again.

“I was happy to be back involved last weekend, it was a positive result and we have quite a few games between now and the end of the season and we want to finish quite strongly.”

And he says that the way two seasons have almost become one, certainly had an adverse affect on him: “In the very first lockdown, we didn’t have very much of a rest, because nobody knew exactly when we would be back, so everyone kept their fitness levels quite high.

“And again, when last season finished, we only had a couple of weeks off, so it does feel like two seasons rolled into one and it was one of those injuries that with the amount of games that accumulated in a short period, I just felt I had to do that extra bit of work in the gym and I feel a lot better now, I have no issues there and I feel like I did before I had the issue and hopefully I have no more problems in that area.”

Last Sunday marked 12 months since the last time fans entered Deepdale and Seani admits it has had a huge impact on the team: “It has definitely been different. At the very start everyone was new to it and it didn’t really matter in the first couple of games, but the months went on and now we are a year on and it is not nice. 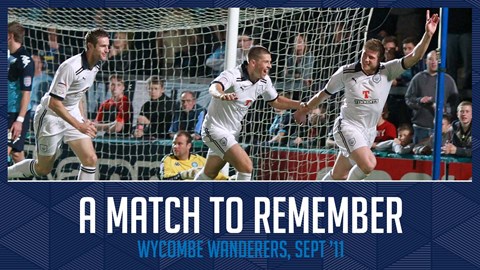 “When you make that bursting run or that big tackle, it makes a difference and we have really missed them.

“Most of us in the dressing room talk about how we miss the crowd, but we can see light now at the end of the tunnel and hopefully next year we will see them sooner rather than later,” he added.

There’s plenty more from Sean, if you click on the video at the top of the page, as he discusses his friendship and the threat posed by fellow Irish international, Daryl Horgan, now on the books of Gareth Ainsworth’s side.